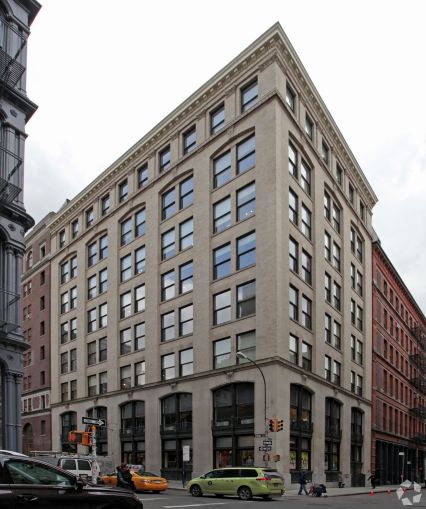 After inking a deal for its first New York City store in the Flatiron District earlier this year, athleisure brand Alo Yoga has reportedly agreed to a deal for a new 14,500-square-foot retail location at 96 Spring Street in Soho.

The Los Angeles-based company is taking 11,000 square feet of selling space on the ground and second floors of the eight-story, roughly 50,000-square-foot building at the southwest corner of Spring and Mercer Streets, according to The Real Deal. The 10-year lease includes an additional 3,500 square feet of lower-level storage space.

Baker said the deal was made possible by an early termination agreement with clothing brand and former second-floor tenant Halston, which recently relocated its showroom from 96 Spring Street to 25 West 39th Street near Bryant Park, as Commercial Observer first reported in September.

“We always thought a two-story [retail] presence would make the strongest brand statement on this corner,” Baker said, citing the second floor’s large windows and decorative cornice. He added that Alo Yoga’s plans for its 96 Spring Street store include a connecting stairwell between the first and second floors, as well as a juice cafe for customers.

Alissa Bersin and Chris Kuklinski of the McDevitt Company represented Alo Yoga in the transaction. Representatives for McDevitt did not immediately return a request for comment.

The yogawear retailer’s new space at 96 Spring Street was most recently occupied by a Google pop-up shop that opened late last year to showcase the technology giant’s consumer electronics products. Prior to that, the location was home to menswear brand Ben Sherman, which closed in mid-2016 after 10 years at 96 Spring Street.

Alo Yoga is set to open its flagship New York City store at Thor Equities’ 164 Fifth Avenue in the Flatiron District after committing to a 15-year deal to occupy the entire four-story, 17,600-square-foot building, as CO first reported in February. In addition to showroom and retail space, that location will include offices, a yoga studio and a juice cafe.

Update: This story has been updated to include input from landlord broker David Baker of Isasacs and Company.