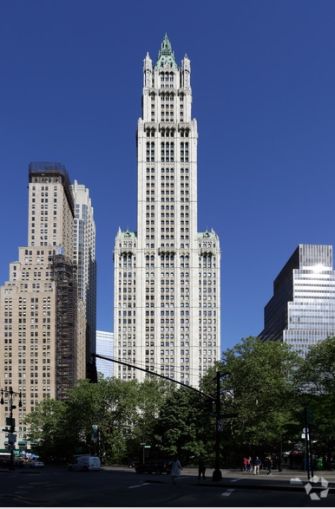 Watson Foundation, a nonprofit that provides grants to students for study and was formed in honor of IBM Founder Thomas J. Watson, is planning to relocate to the Woolworth Building, Commercial Observer has learned.

Watson will head to 4,045 square feet on part of the 27th floor at 233 Broadway between Park Place and Barclay Street.

“The 10-year deal at the Woolworth building allows Watson to be at the intersection of city government, an innovative nonprofit ecosystem and leading global businesses adding value to their cross-sector curriculum,” Dukes said.

Dukes declined to provide the asking rent, but when Altuzarra, a women’s designer brand, leased 11,516 square feet on the 14th floor in the building last June, the asking rent was $59 per square foot.

Next month Watson will assume temporary space in the building while waiting for the new digs to be built out by April 2018. Currently, Watson is nearby in 3,000 square feet at 11 Park Place.

The 57-floor, 792-foot building, which was completed in 1913, is one of the oldest skyscrapers in the country.