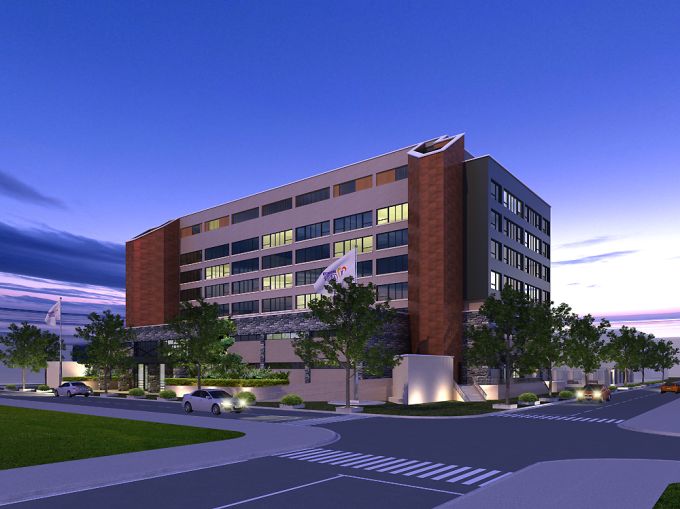 A rendering of the proposed nursing home. Image: CoStar

Signaling progress in redeveloping the property, Centers Health Care has taken out a $80 million mortgage on the former St. Mary’s Hospital building at 170 Buffalo Avenue in Brooklyn, according to documents filed with the city last week.

M&T Bank provided the financing, which consolidates a new $40 million construction loan with previous debt on the building, according to property records. The bank gave Centers a $14.6 million mortgage in 2014 when the nursing homes operator bought the building from the Mazel Group for $19.5 million. Mazel sold at an 8 percent loss, having bought the building from St. Mary’s in 2006 for $21 million.

Bronx-based Centers Health Care runs 43 nursing homes in New York, New Jersey and Rhode Island, according to its website. The company bought the seven-story, 286,000-square-foot building, located in the eastern part of Crown Heights in 2014, with the goal of redeveloping it as a nursing home, according to Brownstoner. The last Roman Catholic hospital in Brooklyn when it closed its doors in 2005, the St. Mary’s building has been dormant for over ten years.

The overhaul should represent a significant refresh for the dowdy beige structure. In renderings by architect John Baumgarten, it sports a slightly remodeled facade and improved landscaping.

The property hit headlines In 2013 when the Brooklyn district attorney accused a contractor, Anthony Williams, of defrauding workers out of wages at the site, stating that he falsely promised them compensation and an ownership stake in another nursing home that he told them he was developing.

Representatives from Centers and M&T Bank did not respond to requests for comment.