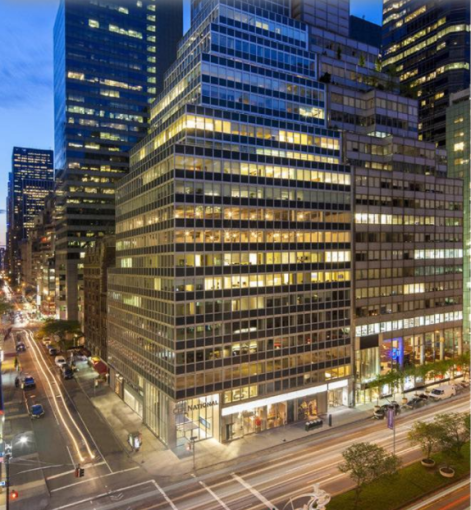 Meridian Capital Group has secured $51 million in financing for the leasehold position of 400 Park Avenue on behalf of landlord Waterman Interests, Commercial Observer can first report.

Bank of America provided the five-year loan—which features interest-only payments, sources familiar with the transaction told CO. It refinances $50 million in previous debt on the property, provided by Deutsche Bank in 2013, according to property records.

400 Park Avenue is a 22-story, 260,000-square-foot Class-A office building located in Midtown East between 54th and 55th Streets. Erected in 1957, the building underwent renovations between 2010 and 2015 and is currently over 90 percent occupied, Conover said.

Additionally, 400 Park is eligible for the new zoning and redevelopment rights as outlined in the recently enacted Midtown East Rezoning Plan—which became law in August 2017.

Waterman Interests purchased the leasehold interest in the property from RFR Holdings in August 2010. Three years later, Waterman signed a 75-year master lease with Benenson Capital Partners—the owner of the land beneath 400 Park Avenue since 1971.

“Through hard work, attention to detail and investing a significant amount of capital, the client was able to transform 400 Park Avenue into a true Class-A office building and attract high-caliber tenants,” Anderman said in prepared remarks. “Additionally, the response from the lending community to providing debt was tremendous and we were able to get ownership financing reflective of the quality of property.”

A spokesman for Bank of America did not immediately respond to a request for comment.