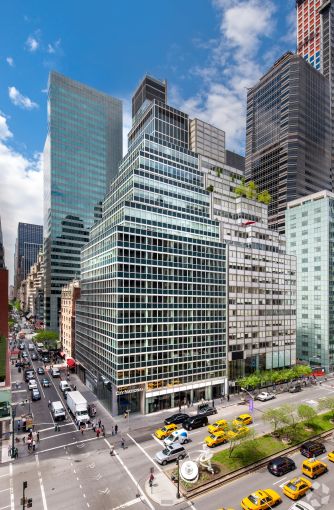 Developer Ceruzzi Properties is enlarging its Midtown offices by nearly 50 percent to 15,591 square feet, Commercial Observer has learned, not even a full year after moving into its space.

“We just have so much business that we are doing here right now,” company head Louis Ceruzzi told CO this morning as he signed the new lease at 400 Park Avenue. “We have three significant transactions and three more on the way.”

Ceruzzi Properties signed the initial 10.5-year lease for its current 8,772-square-foot space at 400 Park Avenue at East 54th Street in June 2014, Mr. Ceruzzi said, and the firm moved in this January. With the additional 6,819 square feet, Ceruzzi will have possession of the entire fifth floor for 10 years. The taking rent in today’s deal, which was done direct with the landlord Waterman Interests, is $78 per square foot, Mr. Ceruzzi said. The rent for the existing office is $72 per square foot.

Construction work on the addition is slated to commence in November and the company will take possession of it in the middle of February.

The 1957 building is 21 stories and 214,392 square feet. Waterman acquired the leasehold in August of 2010 from RFR Holdings in a joint venture with institutional investors, as CO previously reported. Other tenants in the building include City National Bank (on four floors), Malayan Banking Berhad, Sonenshine Partners and W Capital Partners.

Ceruzzi Properties has an office in Fairfield, Conn., which is home to its retail division and back office support.