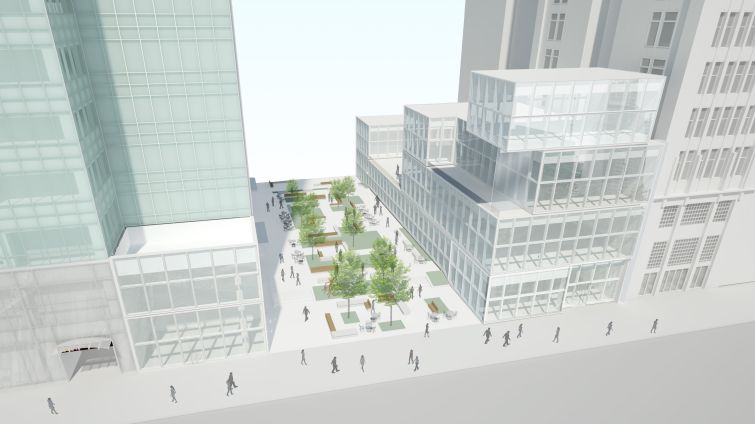 Trendy eyewear brand Privé Revaux is setting up a short-term store in the pricey, glassed-in retail spaces near Bryant Park in Midtown.

The inexpensive celeb favorite is establishing its first brick-and-mortar flagship in what’s known as the Cubes at 120 West 42nd Street, between Avenue of the Americas and Seventh Avenues, The New York Post reported. The short-term deal runs through March but may be extended. Privé will open its doors this Thursday, Nov. 9.

The asking rent for the 5,396-square-foot space is $625 a square foot, according to information from CoStar Group.

Athletic apparel and footwear brand Asics occupied the space for a year before shutting its doors in October 2015, “because of a dispute between the Japanese retailer and its North American retail licensee,” the Post reported this summer.

Founder David Schottenstein—whose family started discount shoe chain DSW—launched sales of the $30 sunglasses on Privé’s website in the spring and began selling them on Amazon over the summer. He also brought in celebs Jamie Foxx, Hailee Steinfeld, Ashley Benson and Jeremy Piven as co-partners in the venture, according to the Los Angeles Times.