Under Construction: Inside the New Edible Academy at the New York Botanical Garden 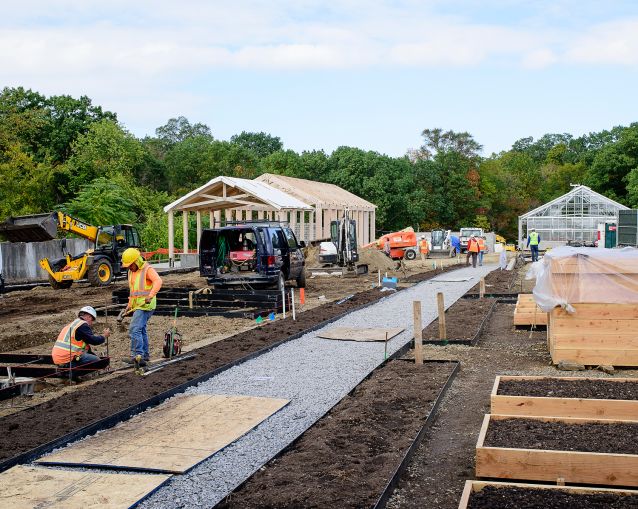 Construction of the Edible Academy by the EW Howell Construction Group, on the grounds of The New York Botanical Garden. Photo: Robert Paul Cohen/For Commerical Observer. 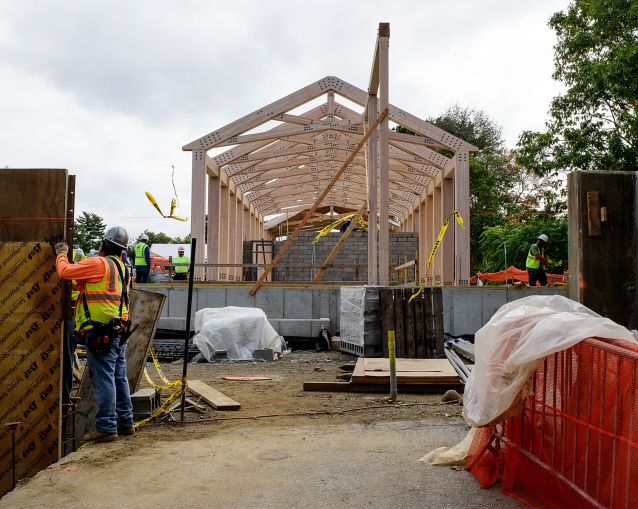 The main building for the Edible Academy will be made from Douglas Fir and have two high tech classrooms. Photo: Robert Paul Cohen/For Commerical Observer.

The Ruth Rea Howell Family Garden at the New York Botanical Garden in the Bronx has provided New Yorkers a place to learn about plant-based nutrition for three decades—but the outdoor green space was only open half the year.

However, thanks to a $28 million expansion its programming will be around all year, and incorporated into the new Edible Academy—a three-ace property with a classroom building, a 350-seat terraced lawn amphitheater, a greenhouse, a new equipment shed and multiple gardens.

The new site (double what it was) will allow for twice the number of visitors per year to 100,000. (Some programs will be run by celebrity chef Mario Batali, an honorary chairman of the Edible Academy.)

The project broke ground last year on Oct. 27 in the 126-year-old New York Botanical Garden, which is located in the city-owned Bronx Park, and a grand opening ceremony is expected on June 14, 2018.

As one might expect, Edible Academy will be built with sustainable and eco-friendly features. The Cooper Robertson-designed project is being constructed to Leadership in Energy and Environmental Design (LEED) Gold specifications.

There will be a leaching galley, which traps wastewater and sends it into the ground so it doesn’t overburden the sewer system. And EW Howell Construction Group workers have drilled eight holes for geothermal wells, which can collect heat and cool energy from 465 feet under the surface, and bring it back up to heat or cool the 3,500-square-foot Edible Academy classroom building. Also, there will be a solar panel pavilion.

In addition, workers have installed a stormwater detention system, which collects rainwater to help prevent flooding.

“We are next to the Bronx River so we have to control the runoff,” Robert Zirkel, a vice president at EW Howell’s arts and culture division, told Commercial Observer. “This stormwater system slows the water volume into the Bronx River. It could stop potential flooding.”

Edible Academy’s main building will be built using Douglas Fir wood for posts, beams and walls, and it will have a green roof. That building is under construction now.

The greenhouse, which has already been erected, is an aluminum-framed glass building. Contractors are currently putting in the electrical systems, lighting, and heating, ventilation and air conditioning.

Getting in and out of the construction site is a challenge for EW Howell, as trucks have to be cleaned and vacated before the New York Botanical Garden opens to the public at 10 a.m.—and it is not in a convenient spot.

“It’s located on the far side of the garden away from all of the entrances,” Zirkel said. “And trucks can’t bring any mud into the roadways, so we have a stone tracking pad and washing stations.”