The beauty giant is focusing on more 'efficient' floor plates, its president says 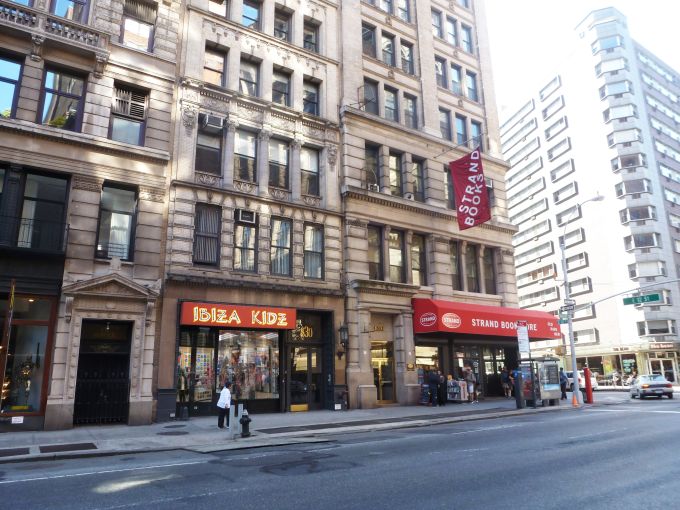 With Halloween around the corner, scary clown costumes and Donald Trump masks are selling like hotcakes at Ricky’s NYC. Meanwhile, the beauty chain is preparing to relocate its Union Square store to a more “efficient” space at 830 Broadway between East 12th and East 13th Streets as the company focuses on its core beauty business, Ricky’s NYC’s president, Michael Long, told Commercial Observer.

The chain, which launched as Ricky Love in Greenwich Village in 1989, is closing its 8,000-square-foot-plus store at 7 East 14th Street between Union Square West and Fifth Avenue at the end of November, and will open in 2,600 square feet on the ground floor at Stephen Green of SL Green Realty Corp.’s 10-story residential building at 830 Broadway. The deal includes 2,000 square feet below grade for administrative support and storage, Long said.

“It’s a great neighborhood,” Long said. “We want to remain in that neighborhood. The other [store] was a bit too large for us. This size store is more efficient.”

Indeed, Ricky’s NYC at 7 East 14th Street dedicated 2,000 square feet in the back to a wig store, in “an effort to break into the wig and hair extension market,” Long said, “and it just didn’t work for us at the end.”

The beauty giant will take space previously occupied by Ibiza Kids at 830 Broadway, joining comic book store Forbidden Planet at the property. Ricky’s NYC’s lease is for 10 years and the asking rent was $225 per square foot on the ground, according to Newmark Knight Frank’s Jeffrey Roseman, who represented the landlord along with NKF’s Mark Utreras.

Ricky’s NYC has closed underperforming stores like the one at 267 West 23rd Street near Eighth Avenue this year and the the outpost at 112 First Avenue near Seventh Street last year. Today the company is profitable, Long said, and he is looking for other similarly smaller sized spaces. To keep up with the challenging retail climate, the company is focusing more on product and customer service training as well as improving the look of the stores and the windows.

While Ricky’s NYC has over 30,000 stock-keeping units, or SKUs, available on its website, the 830 Broadway store will be curated with its best-selling products.

At the end of the day, Roseman said, “Retail’s not going anywhere.” He added that while e-commerce is hot, “people just don’t want to sit at home in a bathrobe,” shopping online.

Oded Nachmani of Warwick Capital Management represented Ricky’s in the deal. He didn’t immediately respond with a comment.