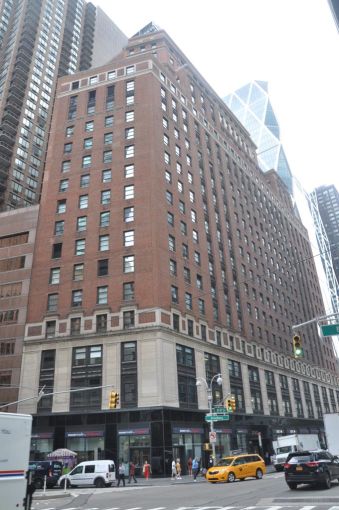 The American Society for Composers, Authors and Publishers is moving its headquarters from near Lincoln Center to 250 West 57th Street in Midtown.

The music rights nonprofit is relocating from 1900 Broadway between West 63rd and West 64th Streets, to Empire State Realty Trust’s office tower on West 57th between Broadway and Eighth Avenue, according to The New York Post. The group has taken 85,400 square feet on the 12th, 13th, 14th and 20th floors in the 538,000-square-foot building. The asking rent was $67 per square foot on the 12th through 14th floors and $74 on the 20th floor, according to a spokeswoman for the landlord, who declined to provide the length of lease.

ASCAP protects its members’ copyrights by collecting and distributing royalties whenever their songs are played publicly. It also offers musical education programs for children and career services for songwriters and composers.