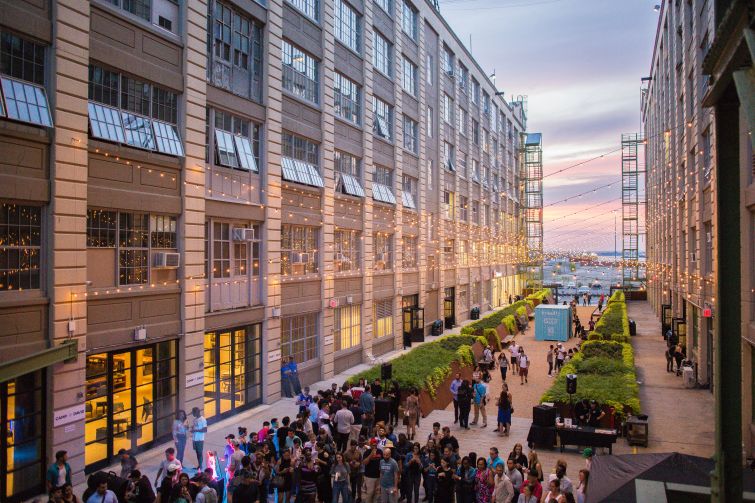 The Land of the Rising Sun is coming to Sunset Park, Brooklyn.

A Japanese-themed market resembling Eataly is planning to open next year in Industry City, the 16-building complex on the Brooklyn waterfront, according to a release from the landlord.

The food destination, called Japan Village, will feature a wide array of Japanese eateries, including an izakaya (Japanese gastropub), a noodle shop, a donburiya (rice bowl restaurant) and stands with Japanese street food. Speciality grocery store Sunrise Mart, which has three locations in Manhattan, will also open at an outlet in Japan Village, marking its foray into Kings County.

The market will encompass 20,000 square feet at Building 4, located on 35th Street between Second and Third Avenues. Japan Village will occupy part of the ground floor of the property, which is owned by a partnership led by Jamestown and Belvedere Capital.

Design and construction of Japan Village are currently underway and the project is expected to open in spring 2018. The market’s design will make customers feel as though they have been transported to the archipelago nation when they arrive, according to Takuya Yoshida, a managing partner of Japan Village. And the prices will not break the bank.

“The goal of Japan Village is to offer high-quality Japanese foods at affordable prices,” he said in prepared remarks.

Yoshida, who is also a Sunrise Mart executive, added: “We are hoping to create a fun environment where visitors can explore the Japanese marketplace. We want you to come in and taste new things, then take them home with you to share with your family and friends.”

The asking rent in the deal was $50 per square foot, according to a source with intimate knowledge of the transaction. The length of the lease wasn’t immediately available.

“We’re very excited that we were able to find the perfect space for Japan Village in an innovative development like Industry City,” Bulow said. “Sunrise Mart’s concept for a grocery, restaurant and classes will make it a one-of-a-kind destination for food lovers in Brooklyn and throughout New York City.”

Crain’s New York Business was first to report about the deal.