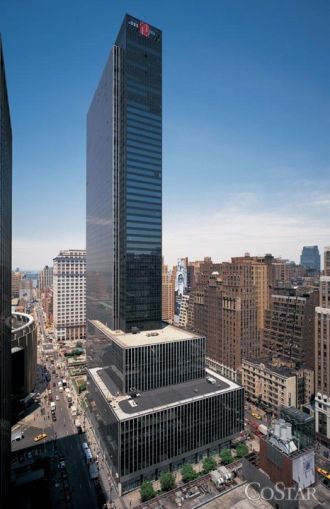 GTT Communications has signed a deal to expand its footprint at Vornado Realty Trust‘s 1 Penn Plaza to 19,500 square feet just a few months after the publicly traded company moved into the building, Commercial Observer has learned.

The Virginia-based firm, which provides cloud networking services to companies around the world, currently occupies 11,400-square-foot offices on part of the 10th floor of the 2.7-million-square-foot tower on West 34th Street between Seventh and Eighth Avenues.

GTT will add 8,100 square feet on the same floor in early 2018, according to information provided by the tenant’s broker, Savills Studley.

A spokeswoman for the brokerage declined to disclose the terms of the deal, however, a variety of tenants have signed leases in the building at rates in the upper $60s per square foot and the low- to mid-$70s per square foot, according to CoStar Group.

“GTT’s recent acquisitions added significant headcount to their New York office, and expanding into additional, contiguous space was the best solution for the growing company to maintain and enhance their collaborative culture,” Savills Studley’s Christopher Foerch, who handled the deal for GTT alongside colleagues Jeffrey Peck and Daniel Horowitz, said in a prepared statement.

Since its move, GTT has acquired a variety of companies, including network services provider Global Capacity for about $160 million ($100 million in cash and nearly 1.9 million shares of stock) in September, the company announced at the time. Global Capacity has offices in Massachusetts, Illinois, Colorado, California and the U.K.

And GTT acquired Midtown South-based data management provider Transbeam for $28 million on Oct. 3. Transbeam currently has offices at 8 West 38th Street between Fifth Avenue and Avenue of the Americas. It is consolidating into the GTT office at 1 Penn Plaza.

Jared Silverman and Josh Glick, who represented Vornado in-house, did not return a request for comment via a Vornado spokesman.

GTT has 18 offices around North America, and additional outposts in Asia, Europe and South America, according to its website.