Spanish Steps: Why the Iberian Peninsula Is Gaga for Gotham Real Estate 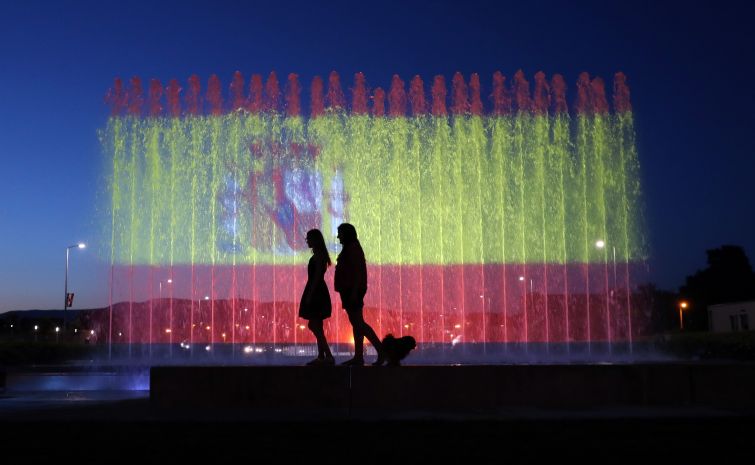 New York’s real estate attorneys may need to brush up on their Spanish and Portuguese.

There has been an influx of high-net-worth investors from the Iberian Peninsula shopping for New York real estate deals in the past 18 months, industry analysts say.

“We just brought in a couple of parties from the south of Spain,” said David Schechtman, a senior managing director at Meridian Capital Group. “I find that [investors are] really discovering New York. It’s incredible how inviting they are.

Spain’s economy has been booming over the past year—up about 3 percent over the previous year, unemployment has ebbed from 26 to 18 percent, and its tax revenues have also begun to perk up, according to reports.

The country’s recovery has led to a wave of global investment; in fact about half of the 10.2 billion euros ($12.1 billion) invested in Spain’s commercial real estate in 2014 came from foreign funds, according to CBRE Spain. This is what’s leading investors from Spain and other parts of Western Europe to look overseas.

The long-term economic uncertainty of the United Kingdom’s departure from the European Union and Switzerland’s move last year to phase out banking secrecy laws has made New York a more attractive place than London or Zurich to stash cash.

“Switzerland has become much more open to divulging who is depositing money in their banks. You can’t be a phantom anymore,” said Cushman & Wakefield New York Investment Sales Chairman Bob Knakal. “If you have $10 million and you want to put it somewhere you think is safe and you don’t want to be known to the world, you might look here.”

New York real estate is increasingly serving as a “safety deposit box” for the ultra rich because the market is relatively liquid, Knakal explained.

“Demand always exceeds supply, and if you want to sell within a reasonable period of time, you can liquidate a piece of real estate,” he said. “When they want to invest $10 million, $20 million or $50 million, they want to know they can get their money back.”

It is unclear how much money Spanish and Portuguese investors are pouring into the United States, but they are largely looking at existing income-generating properties as opposed to buying lots and building their own projects, analysts say.

“The Spaniards at this moment are not looking to develop,” said Vivian de las Cuevas-Diaz, the deputy section leader at Miami-based Holland & Knight who has several clients from Spain and Portugal. “They’re looking at hotels, parking garages and apartment buildings, and they want to own and manage them.

“They are not yet buying property in New York for themselves, but they’re educated buyers,” she added. “They have these kinds of investments elsewhere.”

Cuevas-Diaz said she has had to devote more attention to Spanish clients when it comes to navigating the state’s complex real estate tax laws and insurance policies so they don’t get taken advantage of in an unfamiliar market.

Some have even begun to explore properties in Florida, Texas, Colorado and Washington, D.C., but New York remains a beacon.

“New York is the United States for many foreigners,” she said. “When they arrive in New York, they believe they have made an investment in the United States. Once they’re here, they realize there are other cities, but there’s a comfort with New York.”