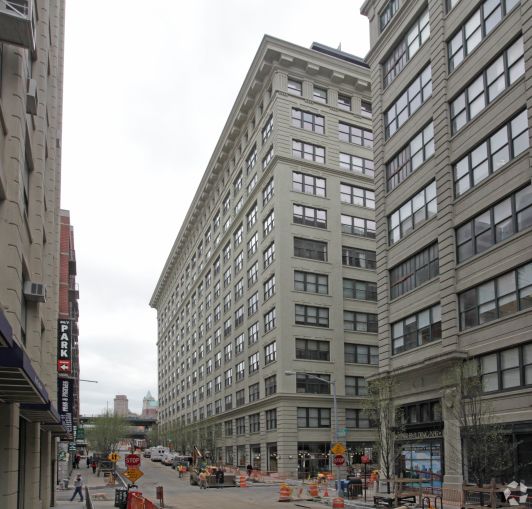 About three weeks ago, Scotch & Soda signed a deal for 2,500 square feet on the ground floor of the property, Benjamin Zack of RKF said. He represented the tenant along with colleague Beth Rosen in a direct deal with Two Trees’ Bonnie Campbell.

The lease is for 10 years and the asking rent was $85 per square foot.

Scotch & Soda liked the corner location with “the window frontage,” Zack said. “It’s pretty central in the neighborhood.” And, the space is next to one of the hot spots—at the intersection of Washington and Water Streets—where tourists snap photos of themselves with the Brooklyn Bridge in the background.

The area has become more attractive with the Empire Stores waterfront redevelopment, and the opening of Cecconi’s upscale Italian restaurant—owned by the founder of Soho House, Nick Jones—at 55 Water Street.

Scotch & Soda has one Brooklyn store, at 126 North 4th Street in Williamsburg, according to its website.

A spokeswoman for Two Trees confirmed Scotch & Soda signed a lease at 76 Front Street, which also has an address of 70 Washington Street. The 1916 building has 259 residential condominium units above.