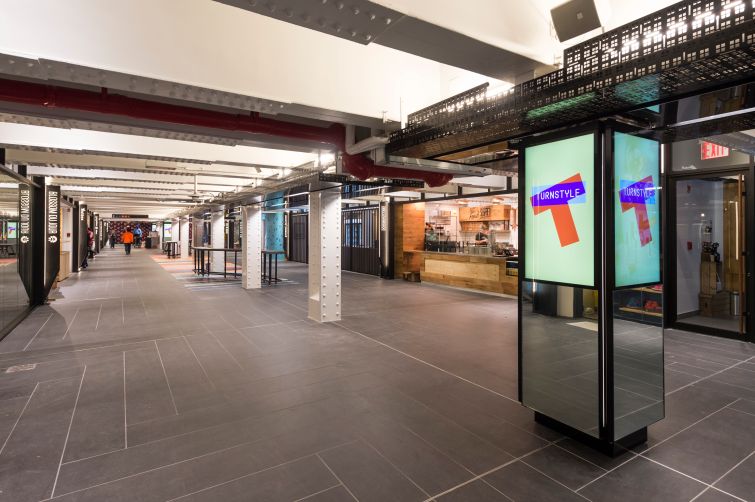 Boil Boil Ramen has signed a deal for a 295-square-foot space at the retail strip, which runs 325 feet under Eighth Avenue between West 57th and West 58th Streets.

The term of the deal is for three years. A spokeswoman for Turnstyle and the market’s operator Urbanspace declined to disclose the specific asking rent in the deal, but said asking rents average $350 to $400 per square foot.

Boil Boil Ramen has space at Industry City, has been at Urbanspace’s Broadway Bites summer pop-up market last year and also at the LIC Flea & Food. A representative for the company could not be reached.

In a second transaction, By Woops! Macaron has inked a one-year deal for a kiosk in Turnstyle. The retailer expects to open on Aug. 7. The dessert maker has roughly 30 kiosks around the country, according to its website. An email to the company was not immediately returned.

Nicolle Barcia and Michael Kucmeroski of Urbanspace handled negotiations in the deals, and both transactions were handled directly with the vendors.

“We believe these deals speak to the vision and strategy of mixing exceptional food operators with unique retail concepts,” Barcia said in a statement. “With this continued leasing momentum, we will create an experience that is unlike anything that exists in Manhattan or the five boroughs today.”

Boil Boil Ramen and By Woops! Macaron are the first retailers signed at Turnstyle since the formation of a partnership between Urbanspace and Turnstyle in May, in which Urbanspace became the operator of the market.

There are currently 40 different food and fashion vendors at Turnstyle. Existing food retailers at the market include Starbucks, Dylan’s Candy Bar and Doughnuttery. On the fashion side, handmade cosmetics retailer Lush and accessories retailer Sara Designs are some of the outlets.