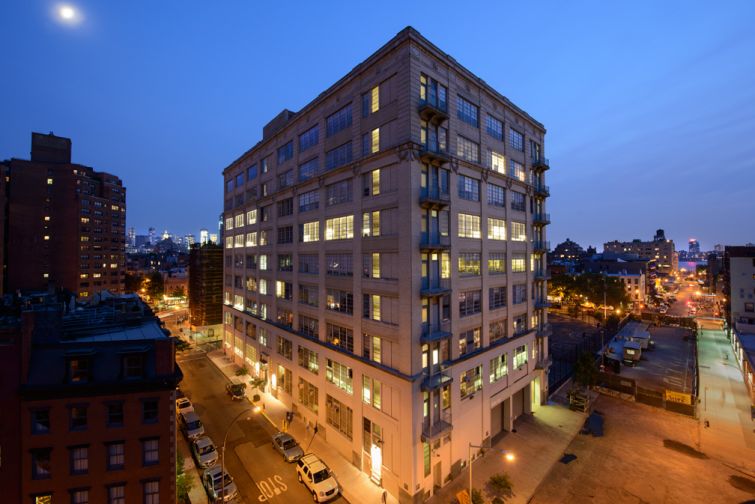 Kobalt Music Group has signed a 23,000-square-foot lease at William Kaufman Organization’s 2 Gansevoort Street, according to a news release from the landlord.

The independent music services company, which has had clients such as Paul McCartney, Kelly Clarkson, Zayn Malik, Sam Smith and Pitbull, will occupy the entire sixth floor of the nine-story property at the intersection of West 13th Street, Horatio Street and Gansevoort Street in Greenwich Village.

It will relocate from its current offices at 220 West 42nd Street between Seventh and Eighth Avenues in Midtown. The asking rent for the space at 2 Gansevoort Street was $88 per square foot and the term is for three years, according to CoStar Group.

The 1912-building on Gansevoort Street spans 210,000 square feet and features recent renovations, including a new Fogarty Finger Architects-designed lobby and front entrance. The property, which WKO acquired in 1948, also has new elevator mechanicals and restored cabs, as well as a new heating, ventilation and air conditioning system.

“We believe Kobalt is a perfect fit for our building, which is technologically advanced, and situated at the epicenter of New York’s booming creative and tech community,” Michael Lenchner of Sage Realty Corporation, the leasing and management division of WKO, said in prepared remarks.

Lenchner represented the landlord, while Greg Taubin and Scott Bogetti of Savills Studley handled the deal for Kobalt. Taubin and Bogetti declined to comment via a spokeswoman.

The company is expected to reach 500 employees by the end of the year, according to The Wall Street Journal, which first reported news of the transaction. It was not clear how many employees it has today as a spokesman for Kobalt did not return a request for comment.

In May, Kobalt raised $75 million in funding from Hearst Entertainment, Balderton Capital and MSD Capital, according to a Kobalt release at the time. Founded in 2000, the music services company’s lifetime funding is $191 million, according to Crunchbase. It has offices around the country in Atlanta, Los Angeles, Miami and Nashville, as well as globally in Berlin, London, Stockholm, Sydney and Hong Kong.