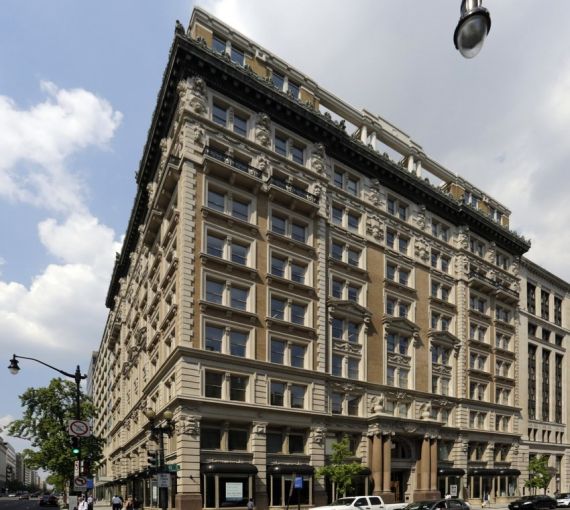 “We are pleased to have the opportunity to work with Unizo Holdings U.S. and look forward to continuing our relationship with them,” Keach said in prepared remarks.

The first property is 1030 15th Street NW, a 332,022-square-foot, 12-story property, which Unizo acquired in October 2016 for $228 million, according to the Washington Business Journal. The second is a 132,714-square-foot, 11-story building located at 1341 G. Street NW—also called The Colorado Building and located just a few blocks from the White House—that the company acquired this April in a $259 million package acquisition deal that also included the neighboring 1325 G. Street NW.

Bisnow reported that month that Unizo had thrust itself into the D.C. office market at an unprecedented pace with eight purchases totaling more than 2 million square feet of real estate and $1.2 billion in investment, which accounted for roughly 27 percent of the market’s total volume from the start of 2016 to March 31, 2017.

Over the last couple of years, Unizo—founded in 1959—has been extremely active in U.S. gateway cities, specifically the D.C. market, as CO has previously reported. According to the company’s 2016 annual report, it owned just nine buildings in March 2011 and expanded its portfolio to 80 buildings by April 2016. Included in the flurry of purchases over that time frame was a bundle of New York office buildings acquired in 2015, including the former home of Observer Media, the parent company of CO, at 321 West 44th Street in Hell’s Kitchen.

Unizo could not immediately be reached for comment and nor could a spokeswoman for KeyBank Real Estate Capital.