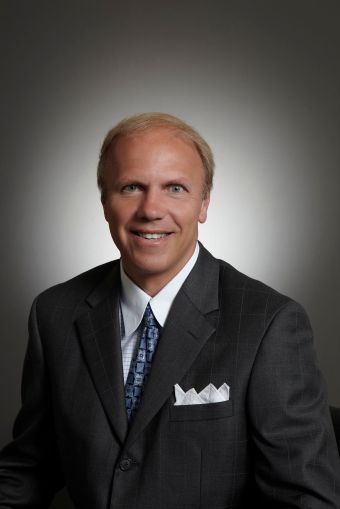 Jeffrey Temple came aboard Morrison & Foerster’s global real estate group in 2004, while the real estate market was on the upswing. And while a mere few years later the economy plummeted, he said MoFo’s real estate practice made the most of the downturn, scooping up workouts and restructurings. What’s been a blessing for everyone, he says, is that there was rapid recovery, and shortly after the bust, his clients quickly began working on new deals. In part, foreign capital has been fueling business, and Temple chatted with Commercial Observer about some of his international client’s recent real estate transactions. He also spoke of the rebirth of mezzanine financing in construction deals and shared what requirements senior lenders are asking for now to avoid a repeat from the last downturn.

Commercial Observer: Tell us about your career path.

Temple: I’ve now been practicing about 32 years. I got out of law school in 1984 and have spent the bulk of my career at two law firms—15 years at White & Case and I joined Morrison & Foerster in 2004. I was primarily attracted to the platform here in terms of real estate because it’s simply a larger, more dynamic and visible platform both externally and internally. By the time I joined, the group had a very fine reputation on the streets, so to speak, as a top-tier group with a particular emphasis on our real estate finance practice. My practice is a little unusual in that it tends to be divided pretty evenly in [representing] equity investors, doing complex joint ventures and preferred equity investments for them.

The other part of my practice and clients include a number of different finance companies, traditional money center-type banks and what we generically refer to in the market as nonbank lenders.

I understand you’ve been seeing a lot of foreign money coming into the U.S. market. What exactly have you been working on?

We’ve been working very actively with Unizo Holdings, a Japanese public company, which owns office buildings and hotels principally in Japan. They entered the U.S. market three years ago, focused on top-quality, Class A and B office acquisitions in what I would call the gateway cities, which would include New York and D.C. We’ve looked at a number of acquisitions for them in San Francisco but haven’t closed any. Unizo is a good example of foreign capital entering our market while the opportunities in their market are limited. People talk about negative interest rates that have existed in the Japanese market, so their ability to generate yields is somewhat limited. I think they’ve been aggressive in the market in terms of bidding on and getting mandates to acquire assets. They’re a capitalized company and willing to execute and move quickly on good deals.

What deals has Unizo been doing lately?

In the last couple of months we closed an acquisition at 1201 Connecticut Avenue [in Washington, D.C.], a building just off Dupont Circle. It’s a nicely maintained stabilized asset, which is 90-plus percent leased up. They acquired another building in a separate submarket in D.C. with an address of 820 First Street from Harbor Group International, and 1100 First Street, which is again, a very high-quality, newer asset constructed in 2011 by Tishman. It was owned by a joint venture that included the Rockefeller Group, which was our seller.

Another example is our good client Gemdale USA. They are a large and substantial company in China that focuses on the development of real estate assets there. They came into the U.S. market several years ago. We’ve only worked with the client more recently, but again, they’re a good example of a China-based source of capital. They have a lot of holdings in China but, like the U.S. market and like other Chinese firms, are interested in the strength and perceived safety of investing in a place like the United States. Gemdale focuses on development deals. We did a very complicated joint venture for their investment in a New York condominium deal, 45 Broad Street, [with] Madison Equities. Madison acquired the site some time ago, and construction hasn’t started, although it’s imminent.

We’re working with Gemdale now on several other opportunities in New York. They’re also active in San Francisco, and one of our other partners is working on a development deal there to do residential. Gemdale has the view that the condominium market still has room to run here in New York and elsewhere, and they’re focusing on the opportunity to do ground-up development

They’re interesting because they have a lot of capital and in addition they have an affiliate in China that raises EB-5 capital. They plan to bring in EB-5 capital in the form of a mezzanine loan.

And what international money are you seeing come in through debt investments?

In terms of debt type investments, we have a very active practice representing both bank and nonbank lenders. German banks are an example of a segment of the finance market that really exited sometime ago, but now we’re starting to see some come back into the market. They’re being aggressive on their pricing. They’ve been successful in winning large mandates in New York and elsewhere.

Have you seen pullback in any German banks in particular?

From what I’ve seen in the market, an example of a bank that essentially had a very major presence in New York and the U.S. but essentially exited the market is Eurohypo Bank, a long-time and very good client of our group. They were very active until about two to three years ago; they had a very large and active New York branch. The branch was closed, and they sold their remaining portfolio.

You deal with a lot of multitiered financings. Are you seeing more mezzanine debt come back into the market?

I would just pull back for a second and talk about four or five years ago: Mezzanine lending was incredibly prevalent at the beginning of the recession. There would be a syndicate of senior lenders and multiple tranches of mezz. [After], we were working out and restructuring [those] transactions. I can think of times when there were 10 tranches of mezzanine debt. There were a lot of people in 2010, 2011 and 2012 who were big mezz players and lost big time, particularly when they held junior mezzanine positions. Some held the view that mezz would exit the market altogether, but there was sort of a rapid recovery. [Lenders] looked back at some of these multitranched structures, looked at intercreditor agreements and asked what worked and what didn’t. There’s been a little bit of resetting of the market in terms of the types of rights that a mezz lender would get, and more and more senior lenders are open to letting mezz be in their deals in the context of stabilized transactions. We continue to see larger deals with both senior financing and mezz financing.

Is mezz being used more in construction deals now?

In terms of the construction lending market, there’s a little bit of a dichotomy. On the one hand, there’s definitely been a little bit of a pullback among traditional bank lenders. New deals are getting financed, and people are still lending in the market, but the banks who’ve been active are just taking a harder look at the projects, the quality of the sponsorship and the quality of the deal generally. They’re being pickier or choosier on who they’re lending to. It’s simply harder for new developers who aren’t dealing with a strong relationship bank when they’re going out, looking for construction financing.

At the same time that’s happening, we’re now seeing mezz come back into construction loans. On development deals we’re seeing senior lenders make a construction loan and EB-5 regional centers are making mezz loans. Even outside of the EB-5 space you’re seeing larger deals being financed with both senior construction financing and mezz financing. In the last year, we’ve represented senior lenders financing 76 11th Avenue for HFZ Capital. The senior lender who led that was J.P. Morgan Chase, and in that deal there were actually four layers of mezzanine debt—two of the mezz lenders in that capital stack included SL Green Realty Corp. and BlackRock. It was a highly structured and complicated deal.

We were also involved in representing J.P. Morgan on [Ceruzzi Group’s] 520 Fifth Avenue. The Fisher Brothers took the mezz loan. That was actually a predevelopment loan, which are viewed to be more risky than construction loans because you’re not even at the point where you’re building a building.

After seeing how mezz played out in the last cycle, what are your lender clients looking for when negotiating with a mezz lender on a deal?

When we negotiate the intercreditor agreement with the mezz lender, we’re going to take a much closer look at what we view to be the experience and presence that the mezz lender has in a development space. One of the key issues negotiated between a senior lender and mezz lenders is [determining if the mezz lender has the ability] to close on an equity pledge and effectively become the senior borrower if the loan defaults.