CMBS Issuance Volume Doubles to $21B in Second Quarter

With risk retention now in full swing, CMBS issuance is on the up 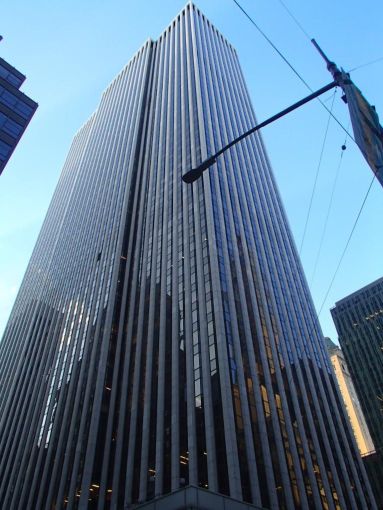 CMBS issuance reached $21 billion in the second quarter of 2017, which is more than double the $10.5 billion in issuance in the first quarter, according to a report from Trepp.

The acceleration in issuance could signal that the cloud of economic and regulatory uncertainty that surrounded the CMBS market prior to, and immediately following, the implementation of risk retention may be waning.

Thirty deals were issued in the second quarter, 12 of which, totaling $8.43 billion, had a vertical risk retention structure, amounting to just under 40 percent of the issuance balance. Another 12 deals, totaling $7.41 billion, operated with the horizontal structure, and the remaining $5.32 billion from six securitizations adopted the the hybrid, “L-shape” strategy, Trepp data shows.

Boston Properties secured the largest CMBS loan in the second quarter for its iconic GM Building, with $1.55 billion of the property’s $2.3 billion refinancing ending up in the single-asset single-borrower Morgan Stanley-sponsored BXP 2017-GM securitization. The debt replaced a $1.6 billion loan on the trophy asset that was due to expire in October. In April, the Commercial Observer first reported the details of the refi.

The 50-story building, located at 767 Fifth Avenue, was valued at $4.8 billion in May, according to Trepp, and has been touted as one of the most valuable assets in the U.S. It was once owned by Donald Trump and is known for housing Apple’s flagship glass-cube store.

Another New York City address that turned to the CMBS market when it was time to refinance was HNA Group’s 245 Park Avenue.  Of the $1.2 billion in debt on the 1.5-million-square-foot, 47-story building, $771.8 million was contributed to CMBS deals; $500 million in the PRKAV 2017-245P single asset single seller deal and three separate conduit loans totaling $271.8 million. Of the three conduit loans, the $98 million loan contributed to JPMCC 2017-JP6 was the largest of the quarter.

The continued sluggishness of the retail sector, as well as a surge in sources of alternative lending have led to a “noticeable” shift in issuances by property type, according to the report. The share of retail loans in total issuance fell to just under 14 percent in the second quarter, down from just over 15 percent on the first quarter.

Although it’s just a small piece of the issuance pie at roughly 4 percent, multifamily loan purchases by government-sponsored agencies are set to hit another record high this year, the report states. Loans for office and lodging developments dominated the sphere with issuance levels of 27 percent and 20 percent, respectively.

As the year progresses, if spreads remain tight and are paralleled by a continued and gradual increase in interest rates, activity in the CMBS arena should remain strong—considering the steady supply of new offerings poised to hit the market, the Trepp report indicated.

But, don’t get too comfortable just yet. The report also warns that sluggish economic growth and uncertainty about the federal government’s ability to administer deregulation could present hurdles for the CMBS playing field.