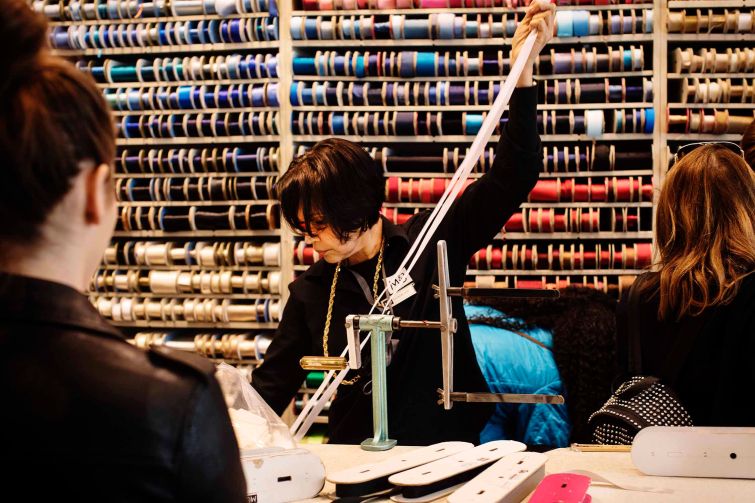 The city has indefinitely delayed the controversial rezoning of the Garment District just as a steering committee led by Manhattan Borough President Gale Brewer has released its own plan to protect the area’s century-old manufacturing industry.

In March, the New York City Economic Development Corporation unveiled a proposal to lift rules that required property owners in the district to preserve manufacturing space as they converted buildings to offices. The current zoning in certain parts of the Garment District forces owners to maintain equal amounts of office and manufacturing space in their properties.

Essentially, the city wants to free up owners to rent more square footage to office tenants, who can pay much higher rents than clothing makers and distributors. The change would apply to the areas of the district that are currently zoned for industrial use, stretching roughly from West 35th to West 40th Streets and from Eighth Avenue to Broadway.

Newly released recommendations from the Garment Center Steering Committee fall along the same lines as the city’s proposal, with a handful of notable exceptions. The committee demands that the industrial preservation requirement be phased out over time, rather than all at once as the city wants. The city could then lift the preservation rule once the district preserves between 500,000 and 750,000 square feet of garment manufacturing space, the steering committee’s report suggests. However, the square footage target may shift, depending on whether it’s met within a set (yet-to-be-determined) time period.

“Whether the administration’s garment industry plans succeed or fail is up to them: what we’ve produced is the recipe for success, and the most important ingredient is the phase-in requirement,” Brewer said in a statement accompanying the plan.

Brewer and the committee—which includes the Real Estate Board of New York, Community Boards 4 and 5, City Councilmembers Daniel Garodnick and Corey Johnson and garment workers unions—-also recommend that the city create a custom New York City Industrial Development Agency program to retain garment production businesses in the neighborhood. The setup would offer deeper tax breaks and rent subsidies to owners who preserve more production space in their buildings. The proposed program would apply to properties between West 28th and West 42nd Streets and from Fifth to 10th Avenues.

Another proposal from the steering committee calls for city agencies and the City Council to band together to fund the purchase of a building in the district that would offer long-term, guaranteed space to garment makers. Brewer also backs restrictions on hotel development in the district, which has exploded over the last two decades. The city’s original rezoning plan included a special permit that would require developers to go through a full land-use review process in order to build new hotels.

Garment District Alliance head Barbara Blair blasted the steering committee’s plans, despite the fact that the non-profit was on the committee. She leveled particularly sharp criticism at the phase-out recommendation for the industrial zoning.

“As repeatedly stated in the process, the GDA does not support any proposal that does not have a ‘date-certain’ term for the removal of the zoning restrictions,” Blair said in a statement. “While we are supportive of the IDA programs to incentivize owners, and we encourage the city to explore purchasing a building for the industry in addition to what they are already offering in Brooklyn, we do not support any phase-out provisions.”

“While there are several recommendations of the report we support, it is important that this antiquated and ineffective zoning restriction is lifted without delay,” REBNY President John Banks said in a statement. “For the past thirty years, this area has experienced a 90% decline in manufacturing jobs despite the imposition of this restrictive zoning provision.”

In order to cushion the blow of removing the industrial preservation rules, the city has offered $51 million to help manufacturers move from the Garment District to the Brooklyn Army Terminal and Bush Terminal in Sunset Park. Asking rents in the two sprawling industrial campuses range from $16 to $25 a square foot, less than half of what typical manufacturing space rents for in the Midtown district, Blair told CO earlier this year.

Meanwhile, the city did not take a position on the steering committee recommendations. And it didn’t offer a new date for when the rezoning would enter public review, after telling the Wall Street Journal earlier this week that the City Planning Commission would certify the zoning on August 21.

“We have received the report released by the Manhattan borough president’s office and look forward to a more thorough review of its recommendations,” said EDC spokesman Anthony Hogrebe. “It became clear to us during the process of developing the recommendations that some were supported by all stakeholders while others were not. We’ll review the report and determine which recommendations are good policy and whether others can be adapted to support garment manufacturing and help grow good jobs for New Yorkers.”