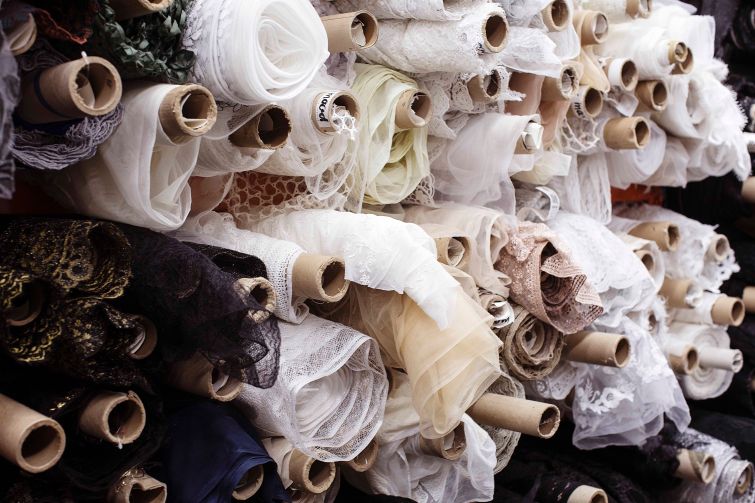 Manhattan Borough President Gale Brewer has spoken out against a proposed zoning change in the Garment District—a plan that would likely dramatically alter the commercial composition of the Midtown neighborhood and look to relocate garment manufacturing operations to other parts of the city—while the Garment District Alliance has voiced its support for it.

The city’s Economic Development Corporation revealed its proposal on Wednesday, with plans to scrap existing manufacturing preservation requirements in the Garment District. This would allow landlords to lease out space to more commercial office tenants in the area in question, which spans West 35th to West 40st Streets and Broadway to Ninth Avenue.

While Deputy Mayor Alicia Glen described the plan as displaying that the city is “committed not just to the stability of garment manufacturing, but to its growth,” Brewer today issued a staunch rebuttal—telling the de Blasio administration to “start over” and describing the current proposal as “a plan to push the industry out of New York City entirely.”

Brewer noted that “most of the manufacturers who are still in the Manhattan Garment Center are there because they need to be,” in order to be readily accessible to fashion designers, and vice versa. “The administration seems to have trouble understanding that,” she said.

The EDC subsequently responded to Brewer’s criticism, saying that it is “not proposing to change the Garment Center’s manufacturing zoning and uses. Designers, makers, showrooms and manufacturers will still call the Garment Center home. But with New York City losing more than half its garment manufacturing jobs since 2000, we have to act. That’s why we are guaranteeing affordable and protected industrial space for firms that need a new home to not just stabilize, but grow.”

The agency’s proposal cited that the neighborhood’s manufacturing preservation requirement “has proven ineffective in protecting garment manufacturers” from globalization trends and market forces—with the number of industry jobs in the Garment District alone having declined by 83 percent (to roughly 5,000 from more than 30,000) since 1987, when the mandate took effect.

Simultaneously, the city expressed a “need for flexible, small-scale office space” of up to 30,000 square feet to accommodate “small and emerging companies” that represent a growing part of New York’s workforce. It also plans to limit new hotel development in the neighborhood, with nearly 3,000 hotel rooms already in the area and another 2,100 currently in the pipeline.

But the proposal also looks to assist garment manufacturers via a $51.3 million package that, in addition to investing in workforce and technological development, would assist them in moving operations to Brooklyn—namely a 500,000-square-foot manufacturing center at Brooklyn Army Terminal in Sunset Park scheduled to open later this year and a planned 200,000-square-foot garment manufacturing hub at the city’s Made in NY campus at nearby Bush Terminal, scheduled to open in 2020.

While the Garment District remains the industry’s largest manufacturing hub in New York with around 400 manufacturing tenants, Sunset Park represents the second-largest hub with more than 100 firms—representing 265,000 square feet of manufacturing space—doing business in the Brooklyn neighborhood.

Barbara Blair, the president of the Garment District Alliance (which is funded by the district’s 575 property owners and over 6,500 businesses), told Commercial Observer today that while the lifting of the manufacturing zoning requirement has received a good deal of resistance from neighborhood business owners, the proposal is a necessary response to the economic transformation of the neighborhood and the industry it is so closely identified with.

She noted that of the 5,000 manufacturing jobs remaining in the Garment District, “40 percent aren’t even in the [manufacturing] preservation area” protected by the 1987 measure.

“The zoning [mandate] didn’t accomplish what was intended; it’s not a meaningful tool in terms of manufacturing retention,” Blair said, echoing comments she made to CO recently. “When you look at the dramatic drop [in manufacturing jobs], that can largely be attributed to the global labor market—you’re up against the cost of labor overseas, and that’s a 50-year trend.”

What the city’s proposal hopes to accomplish, she added, is provide garment manufacturers with new space that would cost “around half the price” of Garment District rents while also facilitating economic growth in the neighborhood. (Blair previously told CO that rents on the side streets are in the mid-$40s per square foot, and in the mid-$50s per square foot on the avenues.)

“You have all these technology and advertising businesses that have started to move into [Garment District office] spaces,” Blair noted. “These are creative businesses that have found a home in these Class B and C buildings. [They are] growth industries that want homes in Midtown Manhattan, versus an industry that has contracted over the last five decades.”

While the Garment District Alliance did not help draft the city’s proposal, it was consulted alongside the Council of Fashion Designers of America. Blair said while the organization had long had reservations about the removal of the manufacturing use mandate, it realized the changes would be the best course of action for the neighborhood after consulting with EDC during early planning stages several years ago.

She cited several problems resulting from the 1987 zoning requirement, including property owners being unable to refinance their buildings due to issues around building use and tenancy, and described it as “a big drag on the quality of [Class B and C] building stock” that represents the majority of commercial property in the district.

Blair said she understands that the issue of the garment manufacturing industry’s place in the neighborhood “is really emotional” for many of the constituents involved, and that the Garment District Alliance and the city would have much work to do in convincing the public that the changes are in their best interest.

“This is a neighborhood that had a one-industry identity,” she said. “But what I think is getting lost is that we’re responding to how the space’s usage changed. We didn’t provoke the change, we didn’t try to move anybody. We’re responding and trying to embrace new users.”

Update: This story has been updated to include the Economic Development Corporation’s response to Manhattan Borough President Gale Brewer’s criticism of the proposed Garment District zoning change.