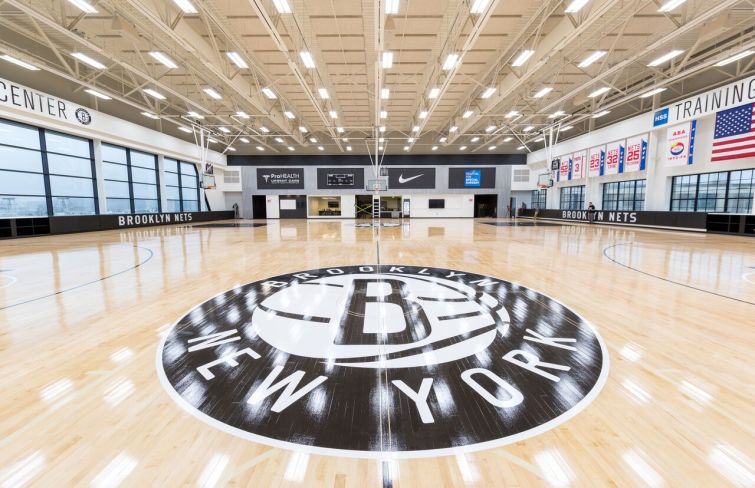 Brooklyn Sports & Entertainment, which owns and manages Barclays Center and the Brooklyn Nets, is moving its corporate offices to the 6-million-square-foot Industry City, according to a Brooklyn Sports news release today.

The sports company, owned by Russian billionaire and politician Mikhail Prokhorov, has leased 70,000 square feet for the entire seventh floor of 168 39th Street in the Sunset Park section of Brooklyn, directly one floor below the HSS Training Center where the Brooklyn Nets practice. (The Nets opened the nearly $50 million practice facility in early 2016.)

TPG Architecture is designing the new digs at the building between First and Second Avenues, which will accommodate 350 employees. The space will undergo a full renovation and feature an open-floor plan. A Brooklyn Sports spokesman declined to disclose the terms of the lease, but said he expects the company will move into the new space in June 2018 from its 47,000-square-foot offices at 15 MetroTech Center at the corner of Myrtle Avenue and Flatbush Avenue Extension in Downtown Brooklyn.

Cushman & Wakefield’s Bruce Mosler and Joseph Cirone handled the deal for Brooklyn Sports, while a Newmark Knight Frank of David Falk, Kyle Ciminelli and Whitten Morris negotiated the lease for the landlord, a partnership led by Jamestown and Belvedere Capital. Spokesmen for C&W and Newmark did not immediately respond with a comment from the brokers.

“Since 2012, our company has nearly doubled in size and we are looking forward to having these new corporate offices in order to support our continued growth,” Brett Yormark, the chief executive officer of Brooklyn Sports, said in prepared remarks. “Additionally, with Brooklyn Nets business and basketball united under one roof, we will further build a collaborative work environment that encourages innovation and teamwork.”

Since Brooklyn Sports launched five years ago it has grown to include the NYCB LIVE, which is the Nassau Veterans Memorial Coliseum in Uniondale, N.Y., and the business operations for the New York Islanders. It plans to add additional venues as well.

“It says a lot that after nearly two years of experiencing all that Industry City has to offer, the Brooklyn Nets chose to locate their corporate offices here, when they could have gone anywhere,” Kathe Chase, the director of leasing at Industry City, said in a statement.

In a separate transaction, Brooklyn Sports announced that it was taking 3,400 square feet at SL Green Realty Corp.’s 125 Park Avenue between East 41st  and East 42nd Streets in Midtown East, for a sales and content development office. It will also help serve as meeting space for the company. That office will open in September.