The loan is being securitized in a single asset, single borrower privately placed deal. 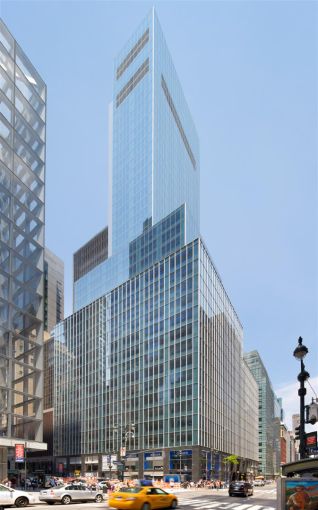 The debt was issued in a privately placed commercial mortgage-backed security, MAD Mortgage Trust 2017-330M, according to a filing with the Securities and Exchange Commission on July 21.

An announcement from Vornado yesterday, which did not name the lender, stated that the loan has a seven-year term, is interest-only and has a fixed rate of 3.475 percent. Vornado, which owns 25 percent of the office building, will net $85 million of the loan’s proceeds after repaying the current $150 million loan on the property that was provided by Landesbank Baden Wurttemberg in July of 2015, according to property records.

The 40-story, 845,000-square-foot office property was built in 1965 and is located between East 42nd and East 43rd Streets, one block east of Grand Central Station.  The property underwent a $121 million renovation and repositioning in 2014, after which the sponsor— a joint venture between ADIA subsidiary Chadison and Vornado—was able to execute over 600,000 square feet of new and renewal leases, according to a presale report from DBRS.  Overall, the collateral consists of 800,907 square feet of office space that is 96.5 percent occupied, 21,176 square feet of retail space and 27,274 square feet of storage space.

CBRE determined the as-is value of the property to be $950 million, using a 4.5 percent cap rate, according to the presale.

A spokeswoman for Wells Fargo declined to comment. A spokesman for Vornado did not immediately return a request for comment.