Show Me the Yield: Debt Funds Have Become So Competitive…Is Anyone Getting Paid? 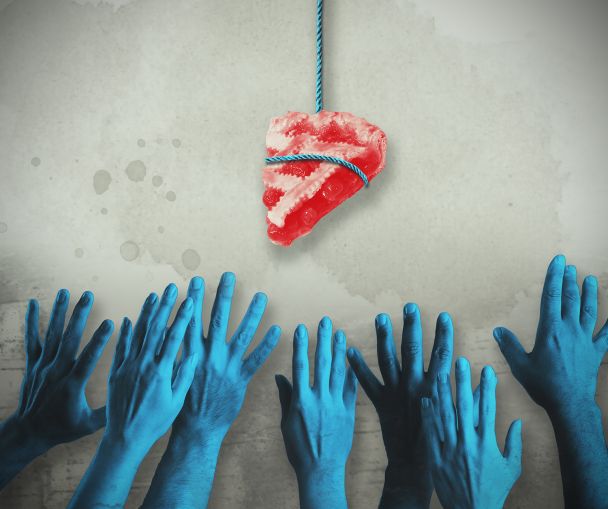 Real estate and finance are competitive industries, especially in New York City, and the alternative finance sector is no exception. As more and more nonbank funds focused on commercial real estate debt open—and with established real estate players opting to get into the debt business with increasing frequency—the space has become quite crowded.

The Dodd-Frank Wall Street Reform and Consumer Protection Act and the third Basel accords’ restrictions on lending have made it more appealing than ever to be an alternative debt fund, while at the same time equity—both foreign and domestic—has flooded into such funds in search of yield. The resulting race to get deals done has been jokingly called The Hunger Games by brokers and lenders alike.

But when brokers or developers compete, sellers and buyers may get better prices and service. In alternative lending, fierce competition can be a symptom of a larger systemic issue in the financial system. It could also mean retirees, foundations and even foreign governments could have trouble meeting their financial goals if yields fall too far—or if the funds they’ve invested in go belly up.

In recent years Dodd-Frank, Basel III and HVCRE rules have effectively constrained lending by banks, who were required to hold more capital on their books as part of an overhaul of the American lending system following the 2008 crash. Alternative debt funds filled the vacuum, causing a rebalancing of the lending landscape that many say those laws were intended to spur.

“I don’t think the government should care if Starwood or Blackstone fails,” an executive with a major alternative lender who asked not to be identified told Commercial Observer. “They are regulated by their shareholders.”

That degree of removal, wherein no Federal Deposit Insurance Corporation funds are on the hook for deals gone bad, allows debt funds to risk more—and therefore make more, which has made them popular investment vehicles.

Alternative debt platforms have proliferated ever since the regulations were announced. Players in the space estimate there are now nearly 100 such funds operating in the U.S.

However, recently, quirks of the market have heated up competition between some segments of the industry, causing some funds to do deals at higher loan-to-value and loan-to-cost ratios while still failing to get the yield they need to to pay respectable dividends, sources told CO.

“In the alternative lending space, focused on balance sheet transitional real estate loans, spreads are certainly tighter and there is more competition,” said Jonathan Pollack, a senior managing director at Blackstone Real Estate Debt Strategies. And the effect of a slew of new entrants, obviously, is that some will be taking on riskier deals.

“While rates have gone up, pricing has come down 30 to 50 basis points,” said Josh Zegen, a managing principal at Madison Realty Capital. “The value-add debt market—those lenders are just trying to push market share.”

Part of the issue comes from the glut of money for debt on U.S. commercial real estate, amid geopolitical strain in other markets. Billions in capital hailing from pension funds, both here and abroad, as well as private equity and sovereign wealth funds, is flowing into real estate debt—all yearning for yield in a continually low interest rate environment. With some bonds trading at negative interest rates in other countries, American real estate debt provides some of the best risk adjusted returns available.

But when funds have capital to invest, they need to do so in a timely fashion. The result can be the disintegration of underwriting standards as money searches for deals. Debt funds insist that scenario is a way off, if portended by the current atmosphere of intense competition. However, many sources in the industry said it now seems likely that less strategic shops will eventually be pushed out of the business.

One effect of the more pernicious environment has been a bifurcation of the alternative lending world into “have and have-nots,” multiple sources told CO.

The haves are, of course, the household names in commercial lending: Blackstone, Starwood, S.L Green Realty Corp., Children’s Investment Fund and Brookfield Real Estate Financial Partners. The have-nots are less obvious, but they are “taking lower yields, and they don’t understand the risk they are taking on,” according to an executive at a major alternative lender who asked not to be identified.

But, what, exactly, do the haves have? Size is one obvious answer, and that is what sets apart a lender like Blackstone or Starwood.

“At the super-large end…there is less competition and more value,” said the executive.

But being well capitalized isn’t the only defense. Having a niche area of expertise can also be a profitable strategy.

Zegen said his firm’s focus on quick execution for non-institutional lenders has helped it build a book of business that remains steady even in the cutthroat environment. “We’ve really always been at 8 to 12 kind of [interest] rates,” he said, usually for “a borrower who doesn’t have tons of time to shop.”

Being able to close a mezzanine portion in-house, so that a borrower doesn’t have to negotiate with too many parties, is also helpful these days, Zegen said.

But while the more opportunistic space where Zegen operates may still be navigable, the value-add segment just below it in terms of risk has become so crowded—especially for floating rate money on 10-year deals—that some lenders are destined to sputter out, sources said.

Loans in that sort of arena are closing with rates as low as LIBOR plus three, one source said, with LTVs around 70 percent.

As Zegen and others point out, construction lending is also an especially fertile area, due to the HVCRE rules that restrict such lending by banks. Land acquisition and bridge loans are similarly expertise-intensive and not the realm of (most) banks, these days, one source said. Bank of the Ozarks, clearly, remains a serious competitor for construction lending, but sources say the bank operates in a 45 to 50 percent LTV range, keeping it far from many of the “hairier” deals that debt funds often eye.

The most crowded space is the most obvious: loans under $100 million in major markets with known sponsors. Such loans are often sourced through brokers, which opens up a wide field of competitive bids from lending institutions. The competition has borrowers feeling entitled to ask for longer terms and longer interest-only periods.

The effect is that on light transitional deals “obviously structure suffers to some degree,” Sotoloff said. “But leverage is still in check, unlike [during] the last cycle, in terms of how far [lenders] push into the capital structure.”

Lenders, for the most part, have exercised caution in terms of extending leverage over about 75 percent LTV, sources said. Most alternative lenders’ aggregate LTV for their entire book is in the low 60s, but most also report more requests for money above 70 percent LTV recently and that lenders are now willing to do deals in that range under the right conditions. One major alternative lender said they have one loan with a 80 percent ratio on their book now, but it was a “special circumstance.”

To be sure, these levels are a far cry from the pre-recession lending standards gone off the rails that saw banks close 85 and 90 percent LTV loans on a regular basis.

As a rule, lenders are competing on price, not leverage, sources said. Blackstone occasionally sees requests for loans in the 80 percent LTV range, but not many, Pollack said. Another source said asks near 70 percent are now common for his fund.

Some alternative lenders say that competition among banks for loans is just as fierce but banks have less flexibility in the terms and structure they can offer in order to woo borrowers.

“While competition has increased a little, the alternative lender [business has] been remarkably stable,” said Jeff Fastov, senior managing partner at Square Mile Capital Management. “It’s nowhere near the robust auction process like as it is for senior lending,” by big banks. Of course, banks usually have many other lines of business.

Which brings us to the next question: What if the regulations that spurred the proliferation of debt platforms are repealed? The Trump administration has the Dodd-Frank Act in its sights and a general atmosphere of deregulating business surrounding it.

Debt funds’ business would likely suffer in the event of a repeal. Their leaders claim that banks and alternative lenders have now settled somewhat happily into their respective roles and are divvying up the risk in commercial real estate lending in a fashion that is optimal for both.

“It’s not like banks can’t make transitional real estate loans. They just don’t love to,” one lender said. And at this point, all the former bankers who enjoy a “hairier deal” have settled into new lives at debt platforms, he added. Another source said funds have by now sucked up much of the talent in real estate lending from the banks—an assertion banks would surely dispute.

But in the immediate term, the brutal competition among nonbank funds likely means some will lose out. Those with deep pockets and deep talent may soon have fewer upstart shops—the “five guys and a Bloomberg terminal” that is the stereotype—to contend with.

“Scale does matter,” the source with a major debt fund said. “The Hunger Games could happen.”