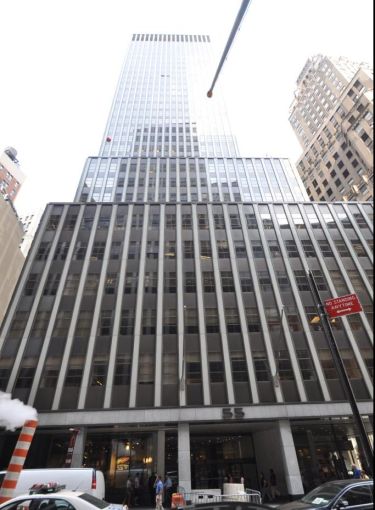 City Year, a nonprofit that places AmeriCorps volunteers in public schools across the country, has leased 13,074 square feet at the Rudin family’s 55 Broad Street in the Financial District for its New York office, Commercial Observer has learned.

The organization signed a 10-year agreement for 11,074 square feet on the entire 24th floor of the building as well as 2,000 square feet of basement space. It plans to relocate from 20 West 22nd Street later this year.

And that’s not the only new tenant moving into the 31-story office tower between Beaver Street and Exchange Place.

In a second deal, online statistics and market research firm Statista renewed its lease on the 30th floor of 55 Broad Street and expanded by 4,000 square feet. Its new five-year lease encompasses 10,891 square feet, up from a previous 6,679 square feet. The company has been a tenant in the building since 2015.

Asking rents for both spaces were $50 a square foot.

“We are excited that our new office location in the Financial District will allow us to work in the same neighborhood alongside some of New York City’s best nonprofits and our government partners to continue our work helping thousands of New York’s children succeed,” Erica Hamilton, the executive director of City Year, said in prepared remarks.

The pair of new leases comes just as Rudin finalizes plans to revamp the lobby at the 49-year-old commercial building. The landlord has tapped Fogarty Finger to redesign the 1968 space. The renovation will add a new white marble interior, textured marble floors in the elevator lobby, and a reflective ceiling, as well as new turnstiles, a new reception desk, and new seating.