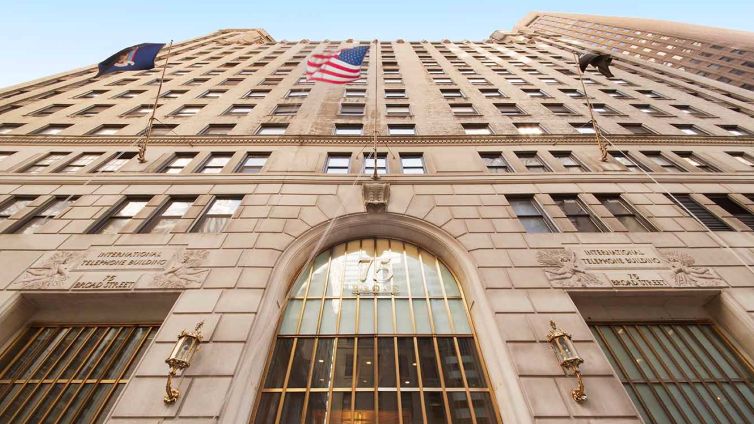 The new practice is a spin off from the intellectual property rights division at Ropes & Gray, which was headed by Joseph Guiliano.

Guiliano and James Haley, a senior counsel at Ropes & Gray and a 40-year veteran of defending and enforcing patents, are at the helm of the new firm. Ropes & Gray first announced the formation of the new practice in March as part of a restructuring effort.

Haley Guiliano will occupy a prebuilt space on the 10th-floor of the 34-story building between Beaver and South William Streets in the Financial District. The asking rent in the 10-year-deal was not disclosed, but asking rents in the building for prebuilts range from the mid-$50s to the high $50s per square foot, as CO previously reported.

“75 Broad Street affords Haley Guiliano the best of both worlds—they have a law firm installation, with the amenities of the more contemporary tech-like office space,” Avison Young’s Michael Leff, who represented Haley Guiliano alongside colleague Jedd Nero, said in a statement. “Haley Guiliano is able to customize their space with all of the modern and hip conveniences.”

The landlord recently completed a $15 million renovation of the building, which included system upgrades and new flood gates. It also has been converting vacant office spaces to prebuilt ones since fall 2016, as CO reported earlier this year. Existing tenants in the property include Nike Communications, Toll Brothers, law firm Leav & Steinberg and Sun & Moon Marketing Communications.

“We are continuing to see the trend of diverse companies calling 75 Broad their home,” Jacob Jerome, a principal of JEMB, said in prepared remarks. “Haley Guiliano is a prime example of our goal in bringing high-quality tenants to this spectacular building.”