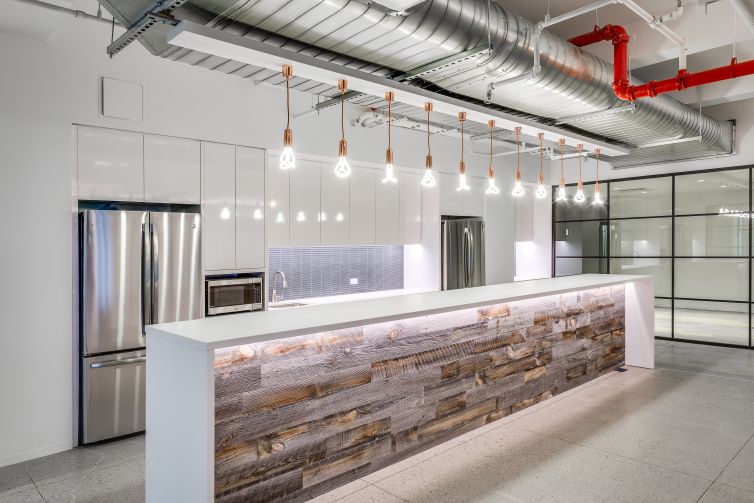 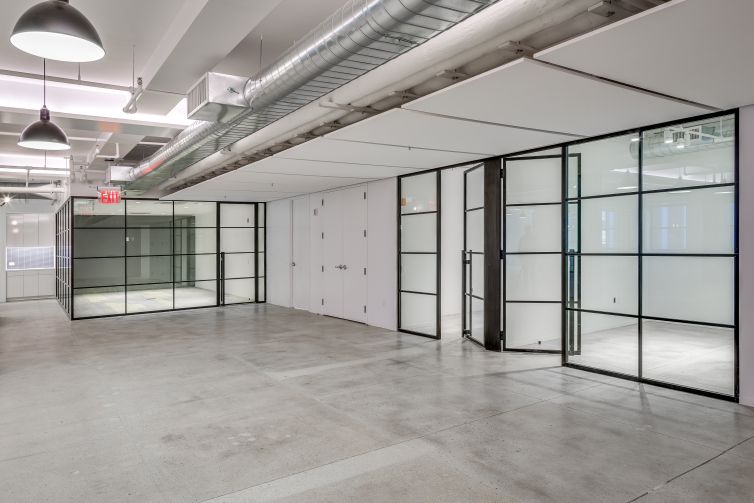 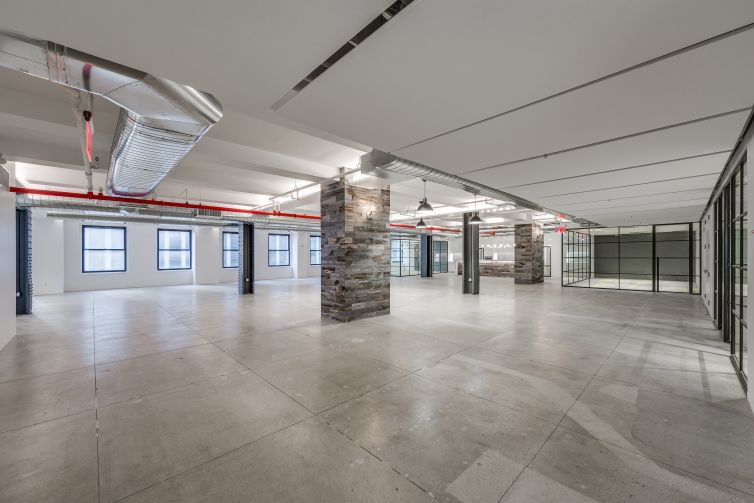 Wood panels have been added to some columns and others have been stripped down to reveal steel. Photo: JEMB Realty Liam La Guerre 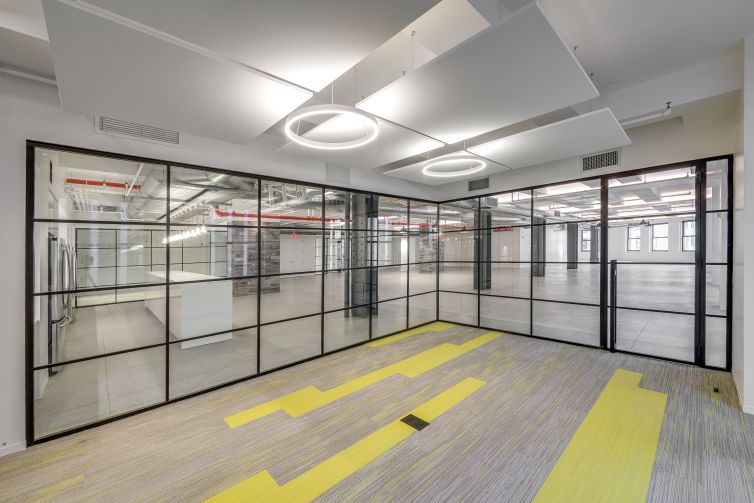 The glass walls have a black steel incorporated in the pattern to make it look different from other modern glassed offices. Photo: JEMB Realty Liam La Guerre
Previous Next

Nowadays, it’s not just technology, advertising, media and information, or TAMI, tenants that are looking for a nice big hipster loft.

Law firms, financing companies and a host of others are getting into that modern style as they are becoming younger. Since developer JEMB Realty is trying to capture a diverse group of companies in its pre-war tower at 75 Broad Street in the Financial District, it is constructing about 40,000 square feet of prebuilt offices with lofty style in mind.

“Whether it be tech or law firms or insurance companies, it’s more the next generation of business owners that are attractive to these bright, open spaces,” Jacob Jerome, a principal at JEMB, told Commercial Observer.

The company completed prebuilts in October last year for the eighth and 10th floors, approximately 10,619 square feet and 14,991 square feet, respectively. Within the next three to six months the developer will work on prebuilts on the fourth, seventh, and 16th floors. (Jerome declined to reveal the cost of a prebuilt unit.)

Other than just the big, open, high-ceiling design, prebuilts work for younger companies, because they want to move faster, Jerome said.

“Younger business owners just rather see the space and say, ‘Oh beautiful, I can move in in like three months,’ ” he said. “They don’t like the process of about eight months and hiring of a [general contractor]. No one likes moving. You can have a clean transition from your old office to your new office.”

A Newmark Grubb Knight Frank team of Hal Stein, Eric Cagner and Todd Stracci are marketing the prebuilt spaces for between the mid-$50s per square foot to high-$50s per square to everything from TAMI tenants to finance companies.

During demolition of the eighth and 10th floors, JEMB revealed and refreshed the original concrete floors, which were installed when the building was constructed in the 1920s. They brought in custom copper-strung lights in the pantry and added recessed lighting in the ceiling to brighten the space more. And the prebuilt spaces come with private glassed sections that can be transformed into conference rooms, break rooms or private offices, depending on the tenant’s preference. JEMB also stripped down most of the columns to just steel beams, except for ones that hold mechanical systems in the building, which BAI Architecture Group and JEMB decided to decorate with reclaimed wood.

“You can’t rip down those columns, so we thought the best way to make it aesthetically pleasing was to cover it up and make more of a design piece,” Jerome said. “We thought the reclaimed wood warms the space up. It’s as not as big an eyesore as a sheet rock-covered column.”

To shake things up a bit, Jerome also got a touch of manufacturing into the prebuilts. He used black steel-frame glassed doors and walls, which he spotted in an old manufacturing building in Brooklyn while on a tour.