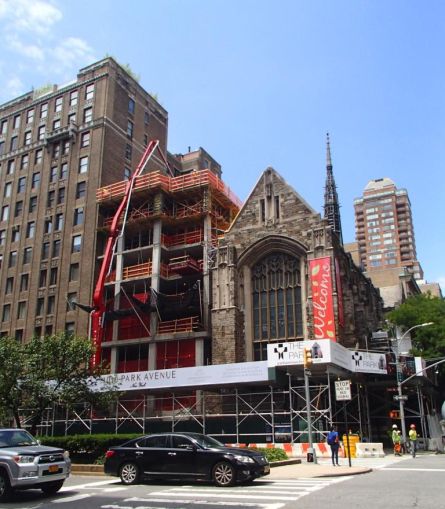 Praise be! Gary Barnett’s Extell Development has nabbed $90 million in financing for its condominium development on the former site of the Park Avenue Christian Church’s rectory at 1010 Park Avenue, according to records filed with the city today.

Bank of the Ozarks took out an existing senior mortgage from Pacific Western Bank in the amount of $22.3 million and also provided a $57.7 million building loan and a $11 million project loan.

As previously reported by The Real Deal, the 16-story condo building will be constructed where a rectory building once stood, and incorporate design elements from the original structure. The Landmarks Preservation Commission approved Extell’s plans to demolish the rectory in 2015 and last month the New York State Attorney General’s office approved the development’s offering plan.

Officials at Bank of the Ozarks were not immediately available for comment. Officials at Extell Development declined to comment.