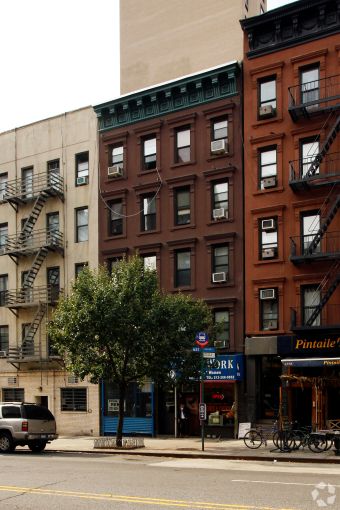 After a delayed closing and alleged misrepresentation of facts by property owner JGD Papoutsis, the prospective buyer of two adjoining Yorkville residential buildings for $16.6 million has filed for Chapter 11 bankruptcy protection, according to court documents.

JGD Papoutsis and the buyer, 1567 York LLC, led by David Smith, went into contract for 1567 and 1571 York Avenue between East 83rd and East 84th Streets on Dec. 13, 2016. The acquisition is “being done in connection with an anticipated larger development and joint venture agreement,” according to a bankruptcy filing in the Bankruptcy Court for the Southern District of New York.

According to Weisz, via a CW Realty spokesman, Weisz signed the initial contract as a minority partner, but has since sold his shares. While he’s not part of the LLC that filed for bankruptcy, he will profit as a result of the sale closing.

The spokesman stated: “We are disappointed with the way this deal has transpired. When we assigned the LLC to new ownership, we had every indication that the property would transact as scheduled, and it is unfortunate for all parties involved that it has been derailed.”

A $600,000 downpayment was made for the two properties and the closing date was set for June 30, before being extended to this Monday.

In the meantime, the filing indicates, there have been some contract-related issues regarding the “accuracy of certain of the seller’s representations” including misrepresenting the number of residential building units in each building and an “improper designation” of some apartments as market-rate.

The seller is allegedly refusing to work with Smith and “is persisting in seeking to enforce the time of the essence closing date on July 17, 2017,” the filing indicates. Since the buyer still wants to acquire the properties, it has filed a Chapter 11 petition “to preserve all of its rights under the contract.” The filing provides the seller with “at least an additional 60 days to close.”

Adam D. Stein-Sapir of Pioneer Funding Group, which specializes in analyzing and investing in bankruptcy cases, and who is not involved in the case, said this bankruptcy was filed under an “arcane section of the bankruptcy code that allows debtors extra time to take certain actions, such as close purchase contracts. When I’ve seen it used, it’s exclusively in real estate purchase transactions when the seller doesn’t want to close for one reason or another.”

Update: This article was edited to include Cheskie Weisz’s connection to the sale.