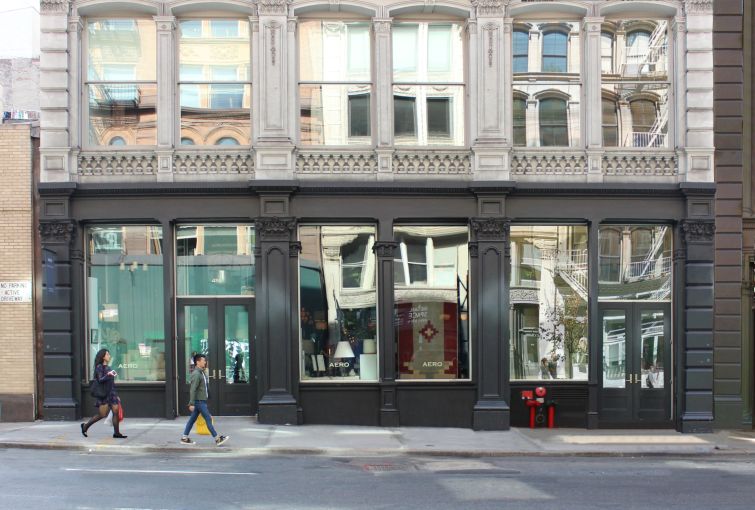 Co-retailing, which combines the long-running retail concept of pop-ups with the shared space feel of coworking, has been picking up steam in New York City recently. A new venture in Soho is jumping on the bandwagon by offering independent retailers small sections of space under one roof at 419 Broome Street.

Berenik Boutique & Talenthouse N.Y. has signed a 10-year deal for 4,500 square feet on the ground floor and another 4,500 square feet on the lower level of the landmarked, six-story cast-iron building between Crosby and Lafayette Streets. The new store, set to open next month, will be a “curated retail and creative workspace concept store,” according to a press release from RKF, which brokered the transaction.

Besides individual spaces, the boutique will equip sellers with staff, furniture and point-of-sale systems. It will also offer a “creative workspace area” and communal meeting space. The storefront will feature a 15-foot ceiling, a skylight and original scrollwork-accented columns.

“Soho continues to appeal to global and luxury retailers to open their first-to-market stores, and 419 Broome Street is getting a truly first-of-its-kind concept with built-in shop units and workspaces,” Rosen said in prepared remarks.

The Soho storefront is the brainchild of Swiss artist and designer Veronika Brusa, who opened a clothing boutique in Zurich three years ago.

Two other companies have opened co-retail spaces in Soho. Y-Combinator-backed startup Bulletin runs a storefront at 138 Wooster Street, and an outfit called Public.Factory operated a now-shuttered store out of the bottom of the Soho Grand Hotel at 310 West Broadway.