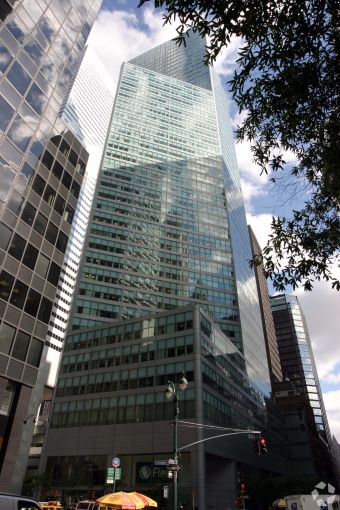 Peconic Partners, an investment adviser and management company, has signed an 8,623-square-foot lease for 10 years at Boston Properties’ 599 Lexington Avenue, according to the landlord’s broker, CBRE.

The financial consulting firm will occupy the entire 46th floor of the 47-story building between East 52nd and East 53rd Streets. The asking rent in the deal was $110 per square foot.

Peconic is moving a few blocks east from the 30-story 350 Park Avenue between East 51st and East 52nd Streets, where it has 3,600 square feet on the top floor, according to CoStar Group.

“Peconic was drawn to the spectacular city-wide views and exciting changes underway in the neighborhood surrounding 599 Lexington Avenue where Boston Properties is investing an additional $260 million at 399 Park Avenue and 601 Lexington Avenue, which are directly across from 599 Lexington,” Harle said in a prepared statement.

Boston Properties recently completed a $15 million renovation of 599 Lexington Avenue, which included a redesigned lobby by FXFOWLE upgrades to the interiors of the elevator cabs and a modernization to the mechanical systems.

Shapses and Johnson did not immediately respond to a request for comment via a spokeswoman for Savills Studley.