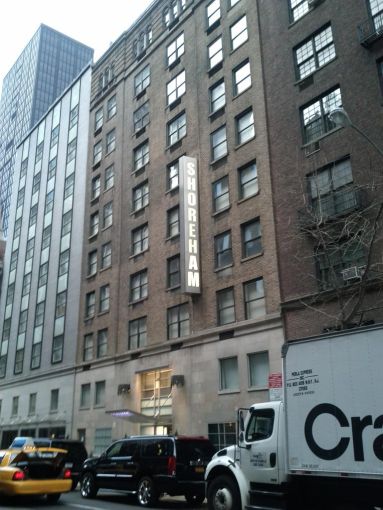 The Shoreham Hotel at 33 West 55th Street is officially on the market, according to sources familiar with the asset.

The $32.8 million loan backed by the hotel comprised 6 percent of the remaining collateral in the Credit Suisse-sponsored CSMC 2007-C1 commercial mortgage-backed securities transaction. Foreclosure was completed on May 7 and the CMBS trust was the beneficiary of the foreclosure sale.

As previously reported by Commercial Observer, the loan was transferred to special servicer C-III Asset Management in August 2014 when the borrower, an affiliate of Ark Partners, faced an increase in operating costs.

According to servicing data provided by Trepp, net operating income through Nov. 30, 2016 was a negative $3.3 million on revenues of $8.9 million. Year-to-date occupancy was 77.1 percent with average daily rates of $183.52.

The 177-key property, located between Fifth and Sixth Avenues in the Midtown section of Manhattan, was built in 1913 and renovated in 2005.

Steven Vazquez, a managing director at C-III Capital Partners affiliate NAI Global, is currently marketing the property for sale, sources said. Vasquez did not immediately return a request for comment.

Officials at Ark Partners also did not immediately respond to a request for comment.