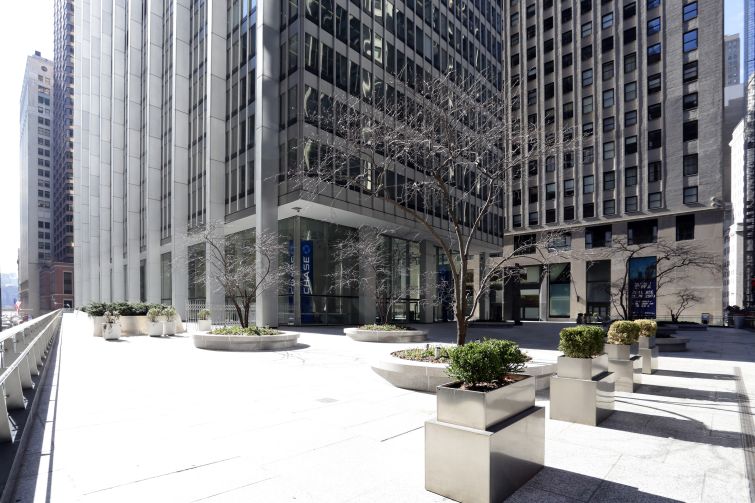 Fosun Property Holdings’ redevelopment of One Chase Manhattan Plaza—now known as 28 Liberty Street—has been filling up with tenants recently.

Financial trading software company Broadway Technology is the latest to ink a deal in the 2.2-million-square-foot office tower between William and Nassau Streets, as The New York Post was the first to report. The 15-year-old outfit will move into 25,000 square feet on the 50th floor of the 60-story building in the fall of 2017. The asking rent was $75 a square foot.

After getting a $42 million equity investment last month, the company was looking to grow its staff and office space, according to a press release from brokerage Savills Studley. It will relocate from 13,047 square feet a block away at nearby 140 Broadway between Liberty and Cedar Streets.

Several other tenants have leased space in the 1961 commercial property over the past year, including upscale movie theater chain Alamo Drafthouse, Attorney General Eric Schneiderman’s office, JLL and law firm Clausen Miller. Fosun, which picked up the building for $725 million in 2013, is undertaking a $160 million renovation at the property and adding three floors of subterranean retail.