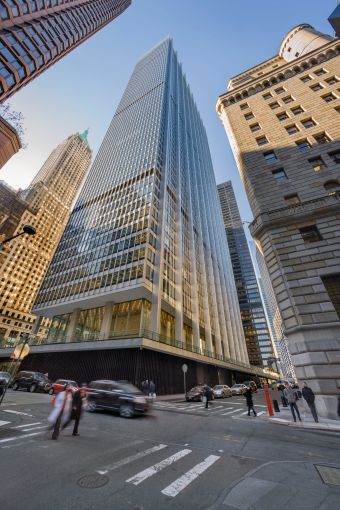 While major renovations are occurring at the 2.2-million-square-foot 28 Liberty Street in the Financial District, tenants have recently signed office leases for a combined 31,000 square feet, Commercial Observer has learned.

The law firm will remain on a part of the 39th floor of the 60-story tower for an additional seven and a half years, according to a representative for landlord Fosun Property Holdings. Asking rent in the deal was in the low-$70s per square foot.

“In an effort to retain Clausen Miller, the landlord, Fosun [Property Holdings], provided an attractive tenant improvement allowance to refresh the space and were very cooperative to work with,” Savills Studley‘s Jeffrey Peck, who represented the tenant with colleagues Lisa Davidson, Daniel Horowitz and Gary Kerper, said in a statement.

Meanwhile, commercial brokerage JLL signed a 10,000-square-foot lease for part of the 30th floor of the building. The asking rent in the 10-year deal was in the upper-$60s per square foot, a representative for the landlord told CO. JLL is building out its space and is occupying a temporary space in the tower. The firm relocated there from its Downtown office at 140 Broadway between Liberty and Cedar Streets.

“28 Liberty proved to be the ideal location for the expansion of our Lower Manhattan operations,” JLL’s John Wheeler, who represented the brokerage, said in a statement. “The landmarked architecture, and enhanced systems and technology met all the requirements for our new office, which will feature a new workplace design that JLL is rolling out internationally.”

Tom Costanzo, the director of leasing for Fosun, represented the landlord in both deals.

“We are pleased to welcome these firms at an exciting time of transformation for the building,” Erik Horvat, a managing director at Fosun, said in prepared remarks. “JLL’s commitment to 28 Liberty demonstrates the appeal of this iconic tower.”

Fosun is currently undergoing a $160 million renovation of 28 Liberty Street, which includes constructing a multi-layered, 200,000-square-foot retail center in the basement of the building, as CO previously reported. Demolition for the retail center began last year and it is expected to open in 2018. Fosun purchased the building from J.P. Morgan Chase in December 2013 for $725 million, according to city records.

Update: This story was edited to include a comments from Savills Studley and JLL, and the brokers that represented firms in the deal.