Does Broadway Have Too Many Vacant Storefronts? 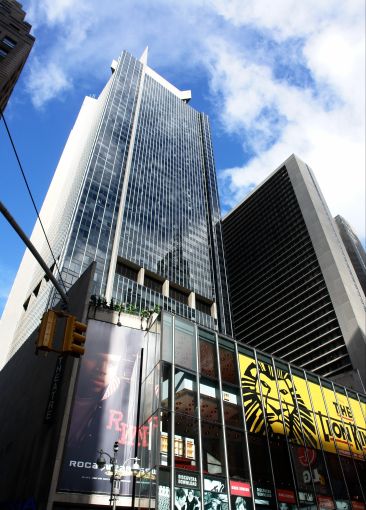 “Empty storefronts can sap the vitality from a neighborhood if they are not reoccupied quickly,” Brewer said in a statement accompanying the survey. “The normal ‘invisible hand’ of capitalism—old businesses closing and new ones quickly replacing them—too often doesn’t seem to work in Manhattan. Almost every neighborhood seems to have a storefront that’s been vacant for years.”

Brewer’s office deployed several dozen volunteers on a single Sunday last month to survey the 12.8-mile thoroughfare, which begins in the Financial District and winds its way through bustling swaths of Chinatown, Soho, Greenwich Village and Midtown, as well as sleepy residential blocks in Morningside Heights, Harlem and Inwood.

But the survey fails to include an important bit of context: the number of stores on Broadway.

Cushman & Wakefield was able to provide a somewhat incomplete answer. There are 1,580 storefronts on Broadway between Bowling Green and 146th Street, according to the brokerage. However, it doesn’t track the upper part of Manhattan, so it couldn’t offer data on the northernmost 60 blocks of the island. Based on its data and Brewer’s number, C&W pegs Broadway’s retail vacancy rate at 8.4 percent. Retail brokers contend that isn’t a number worth getting worked up over.

“8.4 percent vacancy sounds a lot less scary than 188 storefronts,” said C&W’s Steven Soutendijk, an executive managing director in the company’s retail group. “It comes out to less than one availability every two blocks. The minute it gets context, it sounds way less frightening and way less of a disaster requiring some kind of intervention from the city government.”

Soutendijk blamed Brewer for some of the vacancies along Broadway on the Upper West Side. Five years ago, when Brewer was the neighborhood’s city council member, she pushed through a set of zoning rules that capped the width of street-level storefronts on Broadway, Columbus and Amsterdam Avenues to 40 feet. Since the rules were specifically aimed at curbing the spread of bank branches, the policy limited the width of bank storefronts to 25 feet. The zoning limits, which the City Council voted into law in June 2012, apply to Columbus Avenue from West 72nd to West 86th Streets and to Broadway and Amsterdam Avenue from West 72nd to West 110th Streets.

While the restrictions were meant to curb banks and drug stores, they pushed away other large tenants, he argued.

On the other hand, Robin Abrams, a retail broker at Eastern Consolidated, pointed out that market forces may have had a bigger effect on vacancies on the Upper West Side than the zoning change.

But she still thought the storefront size limits were “inappropriate,” because “I don’t think the city should dictate what tenants should go where.”

“I don’t find her 188 storefronts on a 200-plus-block corridor alarming,” she said. “I’m pleasantly surprised. I would have thought it would have been much greater.”

The problem that the borough president didn’t highlight, said Abrams, is “shadow vacancy.”

“I think those numbers only reflect the vacant storefronts,” she said. “What you’re not seeing is potentially more alarming. I think there’s shadow vacancy, which is stores that are open and operating but existing tenants are looking to sublet or vacate.”

“There are still plenty of retailers who want to be in Manhattan, but the cost of doing business here is so high that it’s scaring people away,” he said.

Delivery services are also eating away at revenue for food businesses, who are some of the most common tenants in heavily residential areas, he added. And Nero claimed New York State raising the minimum wage to $11 an hour could be hurting restaurants. The wage hike took effect at the end of 2016 and will gradually step up to $15 an hour over the next couple years.

“That’ll have an impact on their bottom line as well, which means they’re going to have to charge more for the food. So that’ll impact customers’ behavior and how much they’ll pay for food.”