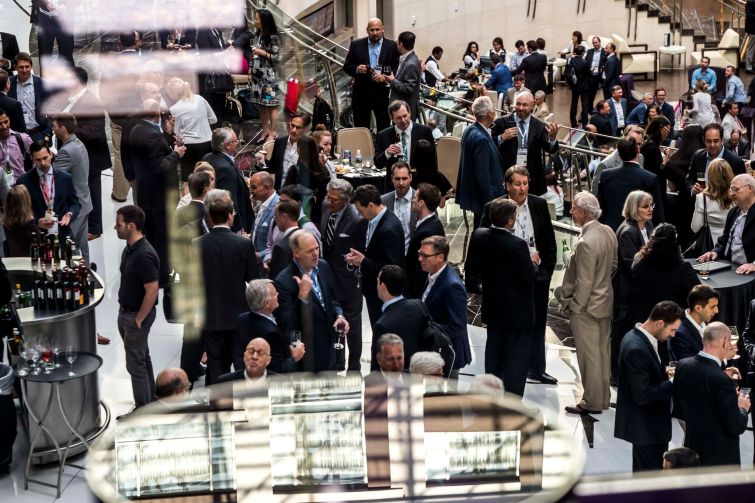 On the surface, commercial real estate brokers and lenders seem pleased. While some segments of the market are limping, sure—retail is admittedly troubled, and suburban office perhaps volatile—there’s so much capital in the market that deals are being done left and right. However, if you peel away that shiny veneer, many in real estate banking and alternative finance have serious concerns about the future.

For one, the amount of capital in the market and the many years of expansion in the current cycle mean that there’s competition for every single deal. As a result, some loans are being originated with rates too low to account for their risk level, as capital primarily flows towards the mezzanine position, lenders said.

“We’re the only game in town,” said Brian Ward, the chief executive officer of Trimont Real Estate Advisors, told Commercial Observer referring to American real estate. With turmoil in European and Asian markets, U.S. assets have been appealing continually for the entirety of a record-breaking nine-year expansion in real estate prices. Adjusting to the eventual, necessary dip in values may be hard on certain players, Ward and many in attendance at CREFC said.

“There’s a [finite] basket of deals” that everyone is chasing, “with a massive amount of capital,” Ward said. While this cycle may continue for the rest of the year, 2018 remains a serious question mark. “If someone says ‘it’s awesome,’ they are insane.”

At a panel on the future of this real estate cycle, one panelist’s main concern was immigration—a disruption of which, already under assault by the current administration, he said would be tragic for the U.S. economy. At another panel, on construction lending, one speaker suggested that the cycle has another year and a half to go before a slowdown. Another said it wasn’t yet time for opportunistic lenders, who hope to take over properties when a borrower defaults, to move in.

But other harbingers of a troubling market are already evident. A major concern for lenders is the evolution of loan structures, which panelists at the “Art of the Deal: Large Loan Challenges in 2017” talk said have become worrisome.

While loan structures naturally change when borrowers’ needs change, one panelist was dismayed by the increasingly common request for the so-called bad-boy carve-out to refer only to a special-purpose entity (SPE), or a company created specifically for a given venture and legally isolated from the rest of a company, instead of an individual or a recognized firm.

The bad-boy carve out came to attention after a 2011 court case found a principal in a real estate development firm personally liable for his company’s default on a non-recourse loan.  The usually innocuous provision gets its name from its boilerplate language that prohibits the buyer from “becoming insolvent,” or the like. But that phrase is up for interpretation by the courts, clearly. The bad-boy clause became a source of concern for borrowers, and apparently a sticking point in negotiations, after that precedent (although the case, Wells Fargo v. Cherryland Mall, was later overturned).

But if an SPE is the sole guarantor on a loan, it could present issues for the lender when the SPE is dissolved. Panelists at the large loans discussion had simple advice: the carve-out should always refer to a human being.

Another panelist said if the loan-to-value ratio of a financing is under 55 percent, the guarantor in the carve out is less important. Some foreign borrowers may also not be able to sign as guarantors on U.S. property deals, he added.

Lenders are particularly focused on the structural erosion of debt deals for hotels. In the competitive environment, many borrowers’ demands have become excessive, panelists said.

The other oft-repeated concern was simple demographics. With millennials unable or unwilling to purchase homes, where will the multifamily market be headed in the future? Of real estate product types, multifamily is likely the least troubled at the moment. But as millennial taste begins to dictate the market, that could change, especially if Fannie Mae and Freddie Mac are privatized, dissolved or somehow neutered.

But CREFC attendees and panelists weren’t all doom and gloom. The large loans panel also touched on the blowback from risk retention, the new rules that require certain capital be left on the books during a commercial mortgage-backed securities transaction and dictate how that capital be treated. Lenders anticipated that risk retention would prove onerous and kill deals because the retained capital cannot be financed, hedged against or sold. But six months in, panelists said there were plenty of natural buyers of risk retention bonds and that the rules are one worry they can cross off their list.

Perhaps bankers’ and brokers’ other worries will prove just as unwarranted.