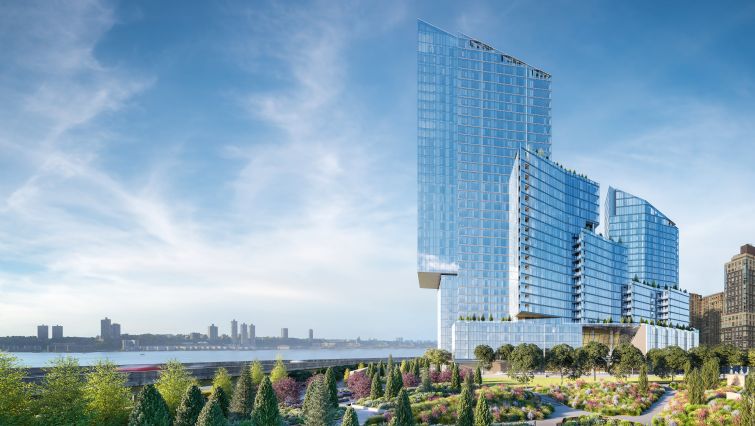 The Cipriani family, which is famous for its upscale chain of Italian restaurants, plans to run a food hall in the base of Waterline Square, the three-tower condominium project under construction on the Upper West Side.

“We are creating a dynamic food, beverage and market destination, where Midtown meets the Upper West Side, with one of the world’s most established and recognized names in dining and hospitality,” said James Linsley, president of GID, in prepared remarks.

The food hall will be a “large-format culinary experience” with several different options, including a market, restaurants, and fast-casual outlets, according to a press release from the developer.

“Our goal is to create a kitchen away from home for residents, as well as a world-class, interesting and fun destination for visitors,” said Giuseppe Cipriani. He and his family operate five restaurants throughout New York City, as well as outposts in Abu Dhabi, Dubai, Hong Kong, Ibiza, Monte Carlo and Moscow.

Kohn Pedersen Fox designed the 38-story Two Waterline Square, Richard Meier & Partners handled the 37-story One Waterline Square and Viñoly Architects was tapped for the 34-story Three Waterline Square. When the $2.3 billion development is complete, it will hold 263 condos and 869 rentals. Twenty percent of the apartments, or 226 units, will rent for below-market rates.