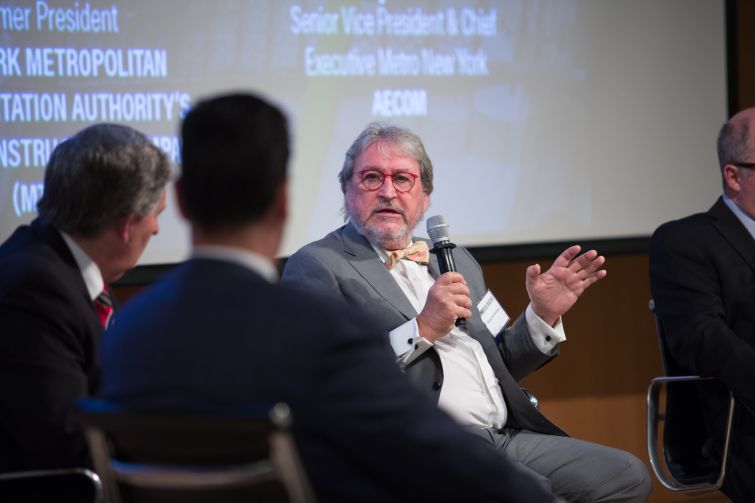 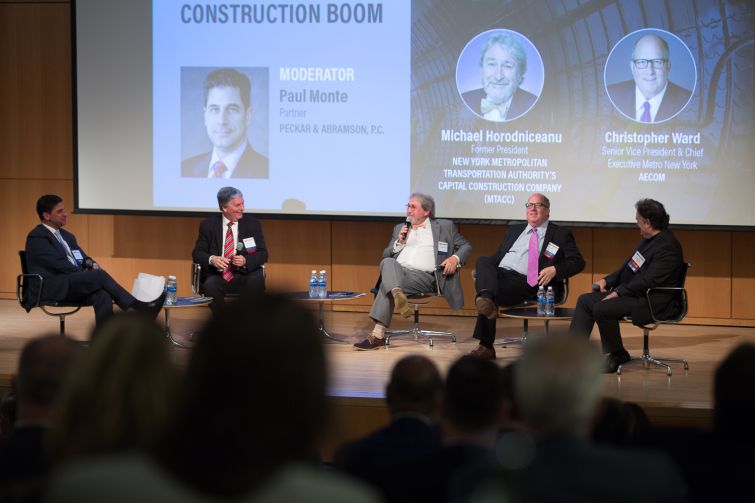 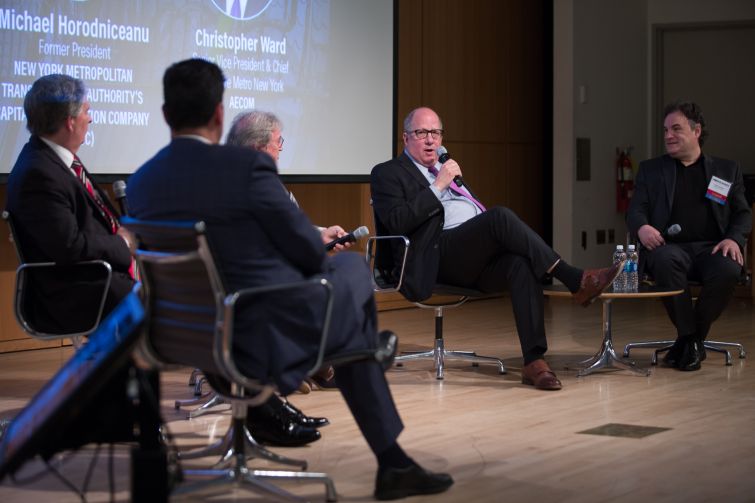 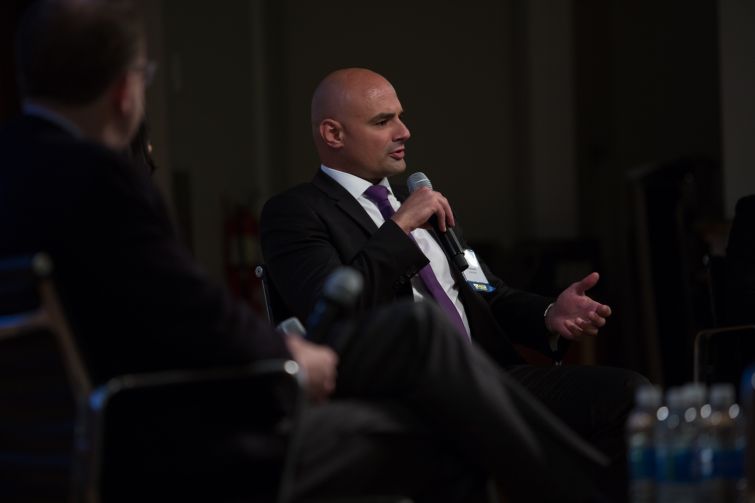 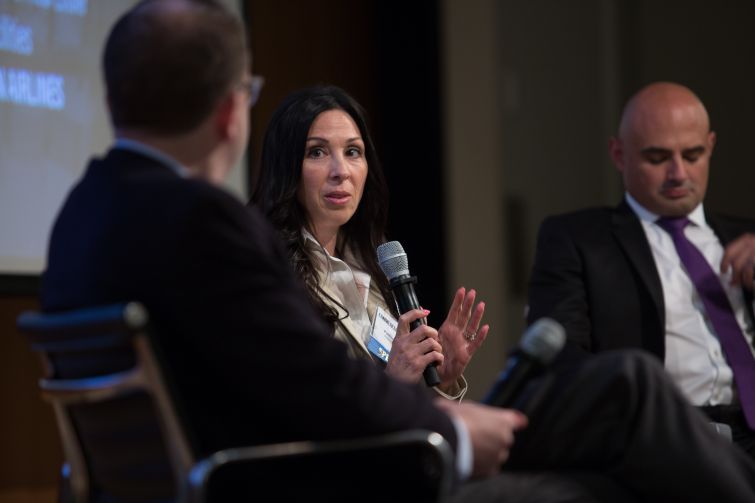 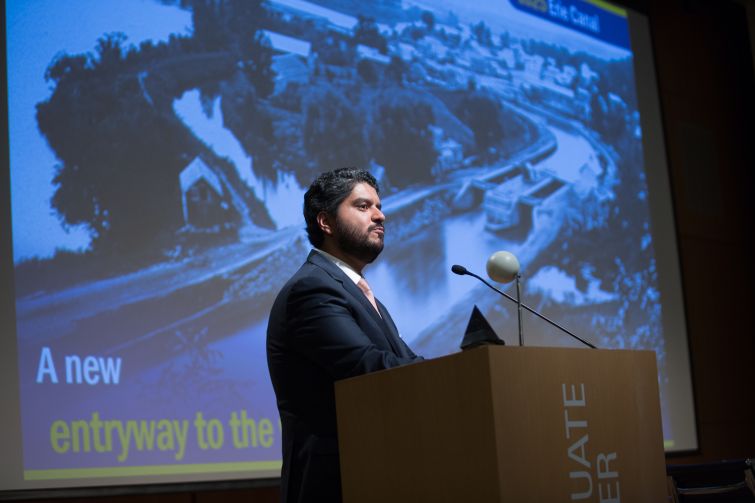 Every single New Yorker who relies on the subway system knows that much of its 840 miles of track are outdated, having been constructed in the early decades of the 20th century and rarely updated. In the past two weeks alone, an F train full of passengers lost power and stalled underground for 45 minutes during the evening rush, and a massive water main break in the South Bronx flooded a 6 train station and affected the entire line for hours. During Commercial Observer’s infrastructure conference yesterday morning, Michael Horodniceanu, who until March headed the MTA’s capital construction program, said the transit authority needs $35 billion over the next five years to bring the subways up to a state of good repair.

So the question remains: how will the state-controlled MTA, which is responsible for the subway, fund much-needed upgrades for our sprawling transit system?

The answer might lie in tax increment financing (TIF), said Christopher Ward, a senior vice president at AECOM. The policy tool allows states to tap into existing property or sales taxes to finance public projects, from parks to rail lines to school construction. Atlanta has used TIF to build a downtown streetcar line, California utilized it to extend the Caltrain, and Seattle announced hefty tax increases last year to fund a major expansion of its light rail system using TIF.

Horodniceanu agreed, noting that tax increment funding “eases people’s minds that what they’re paying in taxes will go to improve things.” But raising taxes is always a tough sell. “There has to be a desire on the part of people who pay taxes to finance these projects,” he continued.

Ward also slammed Gov. Andrew Cuomo for spending more on pricey new infrastructure projects than maintaining existing train tracks and bridges. “Unless we can find a way to reduce the costs of these projects, we’re never going to be able to address the state of repair,” he said. “Technology can change pricing and cost, but we need a capital plan that maintains what we have and builds smart in the future.”

As part of the MTA’s $2.9 billion bridge and tunnel capital program announced last fall, the governor unveiled a plan to install new cashless toll booths on all bridges and tunnels. Installation of the new booths is expected to cost $500 million, and the agency plans to spend an additional $149 million operating the new toll booths over the next four years, according to MTA budget documents.

“I can think of a lot of better ways to spend $1 billion at the MTA than to ease a two or three minute wait on the [Long Island Expressway],” Ward said.

Then, the conversation on the panel naturally turned to the Port Authority’s proposal to redevelop its massive bus terminal on 34th Street and 8th Avenue. Peter Cavaluzzi, a principal at Perkins Eastman, laid out his firm’s pitch to redevelop the terminal, which would involve moving it to the basement of the Javits Center.

“It’s a large piece of property and right above the Lincoln Tunnel tubes,” Cavaluzzi explained. “Take their lowest floor at the level of the West Side Highway, which flooded during Hurricane Sandy. It’s a vast barn that would be ideally suited for buses. If we could get the buses to make their way to that lower level of the Javits, we’d be taking buses and trucks off the street…and making this large building more pedestrian friendly and integrated into the neighborhood.”

The current cost of redeveloping the bus terminal is pegged at $10 billion, but the Port Authority has only budgeted $3 billion for the project in its latest capital plan, according to Ward. A public-private partnership would be ideal to help bridge the $7 billion funding gap, said the former executive director of the Port Authority, who added that the bus terminal would be an ideal candidate for Trump’s still-nebulous trillion-dollar infrastructure plan.

The transit panel also included James Ferrara, a vice president at the Liro Group, and moderator Paul Monte, a partner at Peckar & Abramson.

The transportation experts weren’t alone in their concerns about the cost of maintaining infrastructure. The issue also came up during the panel on Gotham’s waterfront, which was moderated by Mike Debiak, a vice president and managing partner at Faithful & Gould, and included Richard Cote, an executive vice president of asset management operations at the New York City Economic Development Corporation; Michael Samuelian, the president and chief executive officer of the Trust for Governor’s Island; Giuliana Benedicty, a project manager at Hunter Roberts Construction Group; and Greg Clancy, a vice president at RXR Realty.

“There is a big disconnect if the EDC or the DOT or whoever are trying to preserve existing infrastructure, like they’re trying to prevent East Side Drive from falling into the river, but they’re getting hit with a cost from environmental regulators,” said Clancy. Strict rules meant to help preserve New York City’s coastline make it extremely difficult and expensive to repair seawalls and bulkheads, he explained.

Clancy complained that developing on the waterfront is extremely complex, especially when building on publicly owned property. “These projects come with a tremendous amount of public engagement,” he said, and builders have to contend with months or years of meetings if they’re trying to get a parcel rezoned. “Most of the New York City waterfront is just zoned wrong,” he added, calling the rezoning process and public meetings “brutal.”

Benedicty, who’s overseeing the redevelopment of Pier 57 on the West Side, said that working along the water meant worrying about endangering specific species, tides, and restrictions that only allow work to be done during certain seasons.

“On the Hudson River specifically there are moratoriums and an awareness of the wildlife,” she explained. “And you’re only allowed to drive piles in the river at certain times of the year.”

For example, her team has had to halt demolition to relocate a duck’s nest, she said.

One of the most exciting projects under discussion was MCR’s redevelopment of the old TWA Terminal into a 500-key hotel at John F. Kennedy International Airport.

“We’re building the aesthetic of 1962 at Kennedy Airport,” said Morse. “We’re building our own power plant for the hotel. I call it the Prius.” He explained that it would be the first “off-grid” hotel in the country, supported by a 500-kilowatt battery backup system. The building will also be LEED certified and feature a public roof deck, gym, conference space, and eight restaurants.

In general, airport construction is subject to a host of esoteric regulations, making it slow and expensive—and often obsolete by the time it’s complete.

“We’re building a parking garage to replace parking at JFK now, but those parking garages will be eyesores in 10 years,” said Marzullo. “The market will find a new use for them, and Port Authority will find ways for them to generate revenue.”