amNewYork Renews, Publisher of The Source Signs on at Garment District Building 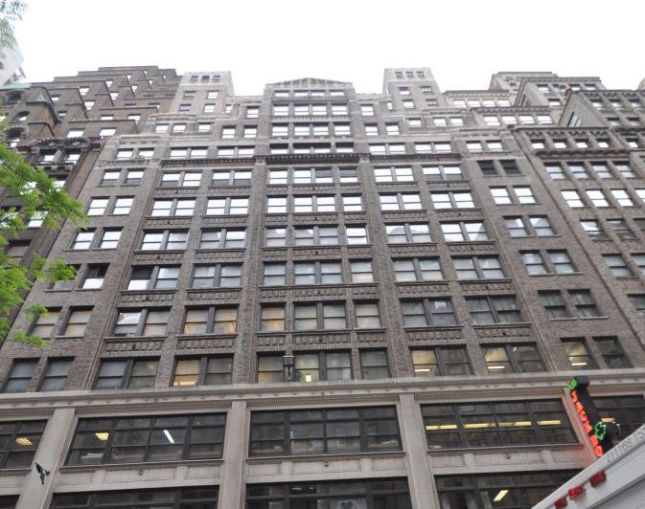 Newsday, the Cablevision-owned news publication, has renewed its 10,100-square-foot lease for a portion of the ninth floor at 240-246 West 35th Street in the Garment District—which houses the offices of free daily newspaper amNewYork—for another 10 years, Commercial Observer has learned.

The deal was agreed late last year, according to CoStar Group data, and signed in January, according to landlord ATCO Properties & Management—shortly after ATCO closed on its $108 million acquisition of the 18-story, 165,000-square-foot building between Seventh and Eighth Avenues from RPW Group. ATCO closed on the purchase in December 2016.

The ownership transition “made [the deal] harder,” according to K Property Group’s Greg Kraut, who represented Newsday alongside former colleague Frank Pagano of Avison Young.

“First we had to negotiate with the current owner, and then the future owner,” said Kraut, who worked on the renewal prior to leaving Avison Young for K Property Group in January.

Kraut added that Newsday decided to keep amNewYork at 240-246 West 35th Street because “the space works really well for them operationally.” William Cohen and Andrew Weisz of Newmark Knight Frank represented former landlord RPW—which is led by Weisz’s father, Robert Weisz—in the transaction. The asking rent was $56 per square foot.

The renewal is one of three recent office leasing deals at the Garment District property announced by ATCO this week. Last month, the Midtown-based real estate investment firm renewed telecommunications company Fidelus Technologies for another five years at its 11,070-square-foot space encompassing the entire sixth floor, according to a press release from ATCO announcing the transactions.

The landlord also signed the NorthStar Group, the publisher of hip-hop magazine The Source, to a new lease last month for 1,728 square feet on a portion of the fourth floor. That deal is for five years as well, according to CoStar data. Asking rent in both deals was also $56 per square foot.

“When we acquired 240-246 West 35th Street at the end of 2016, we believed that the building offered tremendous value for high-quality tenants looking to be near Penn Station, Hudson Yards and Manhattan West,” ATCO Co-President Damon Hemmerdinger said in a statement, adding that the three transactions “are a key indication of the strength of the market.”

A spokesman for C&W declined to comment. Representatives for Lee & Associates, Avison Young and NKF did not immediately return requests for comment.