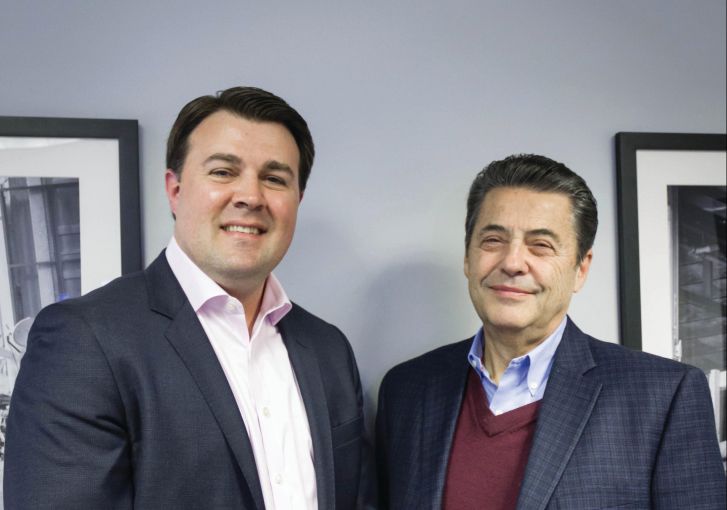 Ullico started its construction lending arm in 1977, becoming a fund manager for building trades around the country. In investing union pension money, Ullico’s goal is to safeguard principal, while optimizing returns and creating union jobs. It’s a tall order, but from a $500,000 investment in 1977, the fund is now at $2.8 billion. Commercial Observer sat with Herbert Kolben and Matthew Downs in their Midtown office to learn more about the deals that are grabbing Ullico’s attention right now, as one of the few self-described active construction lenders around.

Commercial Observer: Herb, how did you get your start in the industry?

Kolben: I was born in Vienna, Austria. My parents were Holocaust survivors, and we moved to Canada as immigrants in 1951 or 1952. I grew up in Montreal, and that’s where I graduated and got my MBA. Then I moved to Miami in the early 1970s and that’s how I started in real estate.

Kolben: By accident. I was a finance and marketing major when I moved to Miami Beach with my first wife—unfortunately, she passed away in 1983. We were staying at her parents’ apartment. They were very nice people, but I wanted my own place. The first interview I went to was at a real estate investment trust, First Mortgage Investors. I knew nothing about real estate, quite frankly. But, they offered me a job, and so I said, “I’ll take it and look for something else in the meantime. This way we can get our own place.”

It was a means to an end for you?

Kolben: Well, one thing led to another, and by 1973 I was running the whole of the southeast and the Caribbean for them. A year later, they called me into the office and said, “We have good news, and we have bad news. What do you want first?” The bad news was that our lines of credit had been called, and we had to cancel all of our commitments. The good news was that I still had a job doing work-outs, and I did that until 1977. I moved up here in 1986, joined Ullico in 1993, and I’ve been here ever since.

Matt, how did you and Herb meet?

Downs: Ullico had partnered with Bank of Scotland [where Downs worked until 2011, before joining M&T Bank] on construction deals, which they were either leading or participating in.

Are all of Ullico’s loans backed by union projects?

Kolben: Yes, although our permanent loans don’t have to have a union component in terms of construction, because those are already completed and we don’t check the pedigree after the fact.

What are the parameters that you look for in a deal?

Kolben: It has to make sense. It’s got to be in the right location, have the right structure and include individuals with good character. We’re very big on that. I get to meet every customer and look them in the eye. We’re very relationship-intensive.

That understanding of the borrower must be an advantage, given the riskiness of construction lending these days.

Downs: Yes. We’re also trying to attract new relationships with clients. Developers age, and they retire. They may or may not have people they can hand [business] off to. New blood is critical to any organization. Right now, at this point in the cycle, we view ourselves as a construction lender more than a perm lender because we’re yield-driven and we’re seeing good construction loans with low leverage and a floating rate. On permanent loans, we’ll do interest-only and up to 75 percent loan-to-value. We’re very flexible.

What’s the average size of your deals on the construction side?

Kolben: We range from $10 million to, recently, $167 million on a retail center in Hawaii.

You provided a $50 million mortgage for HNA’s purchase of the Wildenstein mansion at 19 East 64th Street in April. What appealed about that property?

Kolben: We visited the asset, liked the location, liked the sponsorship and liked the equity. We figure if we had to take it back, Matt could always live there [laughs]. If you look at HNA’s organization, look at their balance sheet, it’s a very diversified company. They put a lot of cash into their projects, and we got comfortable with them.

Is New York your primary focus?

Downs: We’re actually a little cautious about New York right now. We still like multifamily construction, but we’re shying away from condos because the prices are getting a little out of control. We’re still interested in office, but there are absorption issues in New York, so we’re focused on the secondary markets outside, like Jersey City in New Jersey.