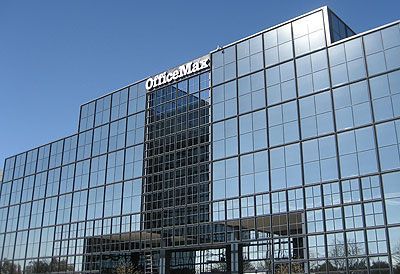 The former OfficeMax headquarters in suburban Chicago is now in foreclosure, according to data provided to Commercial Observer exclusively by Trepp.

The $49 million CMBS loan on the office building, at 263 Shuman Boulevard in Naperville, Ill., had been in special servicing since last December. It now appears that the owner has given it over to C-III Capital, the special servicer, in a deed in lieu of foreclosure.

The building is owned by the publicly traded REIT Columbia Property Trust. The main tenant, OfficeMax, vacated after merging with Office Depot in 2013, but was paying rent until May 2017. A representative for Columbia declined to comment.

The 345,000-square-foot building was hunting for a tenant that could rent the whole space, as OfficeMax had, according to a report from Crain’s Chicago Business. The borrower said in February it was “in the process of working to transfer this property to the lender,” because a refinance would not be possible, given that the asset’s appraised value was around $24 million.

The loan makes up about 3 percent of the CMBS transaction MLMT 2007-C1, according to Trepp.

The loan matures on July 1. Crain’s said the debt was interest-only with a term of ten years—a perfect example of the type of securitized transaction originated at that time, when real estate values were inflated and interest-only was common, that was primed to go wrong.

Blackstone and Hudson Pacific to Spin Off Film Studios in Roughly $1.4B Deal

By Greg Cornfield and Cathy Cunningham