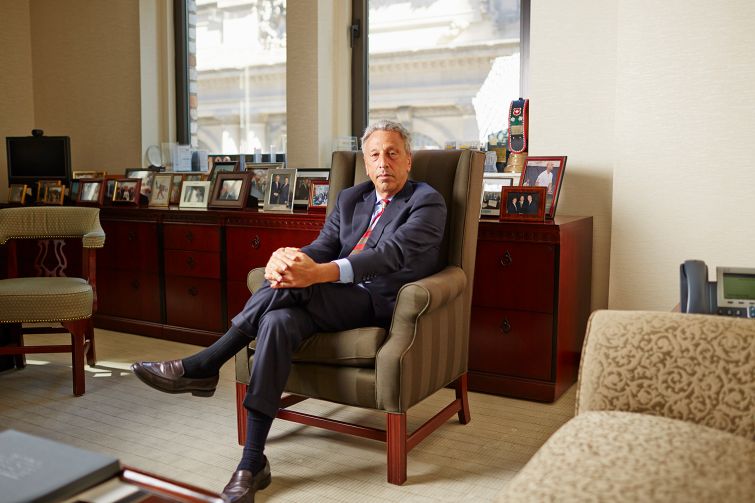 The company is rebranding to “Newmark Knight Frank,” a source with intimate knowledge of the company’s decision told Commercial Observer. It is currently in the process of rolling out the new moniker.

However, the name switch is really a throwback to the past. The family firm began as Newmark & Co. in 1929. In 2005, it formed a partnership with London-based Knight Frank and became Newmark Knight Frank the following year, as was widely reported.

Then it changed to the four-word mouthful in 2012 after then Newmark Knight Frank acquired Grubb & Ellis, a brokerage that dates back to 1958.

A spokesman for Newmark declined to comment on the name change, or why the decision to revert back to the former name was made.

More than a year ago the company considered changing its name to just “Newmark,” as The New York Post reported.

“We’re working on the rollout of a brand that reflects the fact that we are all family,” Newmark’s Chief Executive Office Barry Gosin told the tabloid at that time. “We’re are going to roll out one big brand.”

Plans have moved away from that direction since that earlier report, as the company couldn’t fold its United Kingdom partner Knight Frank under the Newmark brand.

Newmark currently has nearly 6,000 professionals in the United States and, together with its UK partner, more than 15,500 operating globally in more than 400 offices on six continents.

The company has completed some of the largest lease deals in recent memory in New York City. In February, Newmark’s Andrew Sachs represented The New York Times in a 160,000-square-foot sublease from sublandlord Time Inc. at 1271 Avenue of the Americas, as CO reported. And the same month, Moshe Sukenik, Chris Mongeluzo and Brian Cohen of Newmark handled a 265,000-square-foot renewal at 1177 Avenue of the Americas for law firm Kramer Levin Naftalis & Frankel.