Michael Kors to Shed Up to 125 Locations 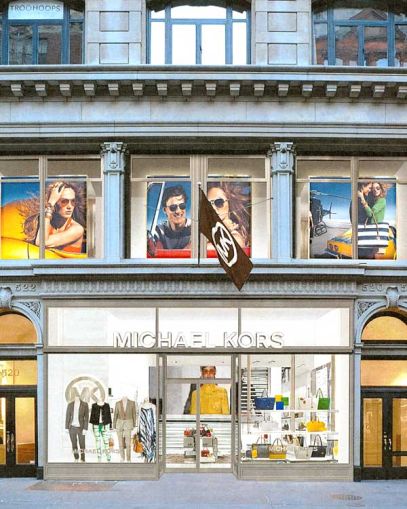 Another retailer is feeling the burn of a declining brick-and-mortar retail market.

Upscale fashion brand Michael Kors is closing 100 to 125 stores over the next two years, according to the London-based company’s fourth-quarter fiscal results made public today.

The company, which creates branded accessories, clothes and shoes for men and women, said that sales at stores that were open for at least a year fell 14.1 percent during the quarter when compared with last year’s fourth quarter.

The brand operated 827 stores worldwide as of April (there are an additional 133 outlets that are operated by licensing partners). It was not immediately clear which, if any, stores in New York City the company plans to shutter. (A spokeswoman for Michael Kors declined to specify when asked by Commercial Observer.)

“Fiscal 2017 was a challenging year, as we continued to operate in a difficult retail environment with elevated promotional levels,” John Idol, chairman and chief executive officer of Michael Kors, said in the public filings. “In addition, our product and store experience did not sufficiently engage and excite consumers. We acknowledge that we need to take further steps to elevate the level of fashion innovation in our accessories assortments and enhance our store experience.”

Michael Kors’ closure announcement resulted in a beating of its stock price, which closed yesterday at $36.28 but has has fallen nearly 9 percent as of the reporting of this article. The company’s stock has been on a decline from its high of $98.46 in February of 2014.

While making the store closures in the next two years, the company expects to lose $100 million to $125 million.

“Fiscal 2018 will be a transition year in which we establish a new baseline before returning to long-term growth,” Idol said.

Michael Kors is planning to modernize 100 stores around the world. It plans to base future designs off its new flagship store on Regent Street in London, which is built around a center runway that opens into rooms with accessories, footwear and other products.

As pressure from online sales increase and there is a shift in attitudes in retail with a new generation of shoppers, many retailers have been forced to close underperforming stores and restructure others, according to Kate Newlin of Newlin Consulting, a brand consultant for retailers.

Macy’s announced closure of 100 stores in January and cuts of more than 10,000 jobs, as CO previously reported. Sears Holdings is cutting about 180 Sears and Kmart locations, as USA Today recently reported. Earlier this year, J.C. Penney announced it will close about 140 stores.

Ralph Lauren Corporation said in April it would shutter its 36,000-square-foot Polo flagship store at 711 Fifth Avenue between East 55th and East 56th Streets, as CO recently reported. Women’s fast fashion store Bebe is closing all of its 170 locations nationwide, including its ground-floor store at 1 West 34th Street between Fifth Avenue and Avenue of the Americas.

“There is this contraction going on and it’s not just going to be Michael Kors,” Newlin said. “This is the right sizing of retail. We are over retailed and it’s a shrinking market. The water is going over the tub. It’s not pretty what we are going through.”