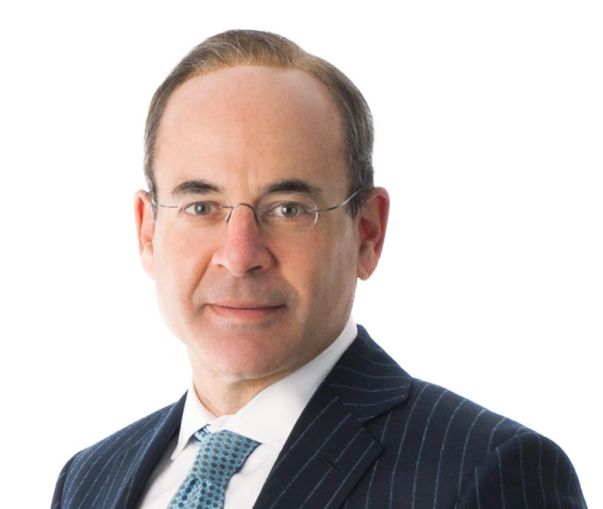 Madison International Realty is in the middle of putting its sixth fund to work. An investor in real estate assets in the U.S. and overseas, it is currently in the process of acquiring a New York City retail portfolio from Forest City Enterprises that includes Atlantic Center, Harlem Center and Queens Place. Ronald Dickerman, its president and founder, chatted with Commercial Observer about the pending sale, whether London real estate is still an attractive investment post-Brexit and how his company is navigating tricky geopolitical concerns.

Dickerman: We’re partners with Forest City Enterprises on its New York City retail portfolio, and we’re in the process of buying the piece of the portfolio that we don’t currently own. It will be quite interesting because—if we are successful—we will become the largest retail landlord in the five boroughs. This portfolio is 2.5 million square feet of retail.

How did the sale come about?

Back in 2010, Forest City was building Barclays Center, which at the time was a hole in the ground. It was looking at a $1 billion development check in order to complete it, and so it was very creative in looking for a way to raise money. Forest City said, “You know, we have 2.5 million square feet of retail space in New York, so why don’t we go sell a piece, take on a partner and use some of that capital to build Barclays Center.” We [at Madison International Realty] are into win-win strategies ourselves, and we thought “we don’t need to own all of it,” so we bought a 49 percent piece [for $180 million in 2011] and partnered with Forest City for about five years. That partnership has been really strong. Then, Forest City made the strategic decision to exit the retail business, and that’s where we find ourselves today.

Yes, we’re investors in quite a number of different retail portfolios. We’re in urban infill retail properties like the Forest City portfolio, we’ve bought grocery-anchored retail properties in the past, and we’re also investors with Hudson’s Bay—which owns Lord & Taylor and Saks Fifth Avenue. We invested in one of its property companies, which owns real estate that is leased to the operating business.

What’s your prognosis for brick-and-mortar retail?

The internet is bringing about a lot of change and dislocation, but we are believers that brick-and-mortar retail is not going away—especially quality retail with quality tenancy. I think that the retail mix needs to change. But, one of the things that is really interesting to me is that most people walk around saying, “Oh, malls are dinosaurs, malls are dying.” That is true of B- and C-malls, but if you look at A-malls and the companies that own them, occupancy has never been higher—96 or 97 percent—and then what’s also interesting is that the mix of food and beverage tenants has increased from 5 to 6 percent to almost 15 percent.

Is this shift an indicator of the future of malls?

It is. People want a differentiated experience. They want to shop at stores with cool things that they can look at and touch, not just stuff they can buy on the internet. They want to go to restaurants and have entertainment available. I think ultimately that is what the mall is going to have to become in order to make it interesting, and we may see two or three further iterations of this.

Are you invested in retail assets overseas?

Yes. We haven’t invested in London—we’ve been mainly focused on office properties there, but we have invested in Germany. We have a portfolio of German high-productivity shopping centers with grocery components in and around Berlin and some other German cities. We also invest in Oslo, Norway’s main retail thoroughfare, in the downtown area. Then, we own what could be the highest quality infill mall in Dublin, Ireland—it’s on St. Stephen’s Green, basically the Central Park of Dublin.

Was Brexit a good or bad thing for London real estate?

It caused a heck of a lot of turbulence. But at the end of the day it’s not nearly as negative as people thought it would be. The unintended consequence is the fall or the correction in the British pound, which is now making London real estate less expensive and more attractive. What’s interesting to me is that there has been a real pendulum swing, which is why we’ve been so active both in New York and London. When Brexit occurred, everyone stepped back and looked at New York instead, and there was a lot of euphoria on the part of New York landlords. But then [President Donald] Trump was elected, and he has certain policies that weren’t favored, and London didn’t look so bad after all. Now the dust has settled, and things are really holding together. The law of unintended consequences is interesting.

Has Madison’s investment in London increased or decreased since Brexit?

Increased. We’ve taken advantage of what we see as thinning capital flows. We’ve partnered with Oxford Properties Group, buying into some buildings on Paternoster Square by St. Paul’s Cathedral. We also did something with a property unit trust called WELPUT [West End of London Property Unit Trust], which owns a series of prime office buildings. We ended up buying out a bunch of shareholders in the redemption queue who were looking for liquidity. We’re very bullish on London because we think it will be in a great spot 10 years from now so we’re taking the long view. We’ve been investing cautiously in Europe because of the geopolitical overlay; we’re concerned about the Euro and about the French elections.

How do you navigate those geopolitical concerns?

We try to assess the risks. We tend to invest in quality buildings with relatively long leases and stable cash flow, low-to-moderate leverage, and we invest on a long-term basis. Our view is that quality always rises to the surface. So Brexit happens, oil prices fall, a president gets elected that you may not love…all those things are passing fancies. At the end of the day, good assets will always be sought after by investors around the world.

Given the volatility, has your investment strategy changed over the last year?

Our view is always “slow and steady wins the race.” People think of real estate as a physical asset or a “sticks-and-bricks” business, but what we discovered is it’s actually a people business, and the relationships that we now maintain have opened a lot of transaction opportunities for us. We have been able to raise more capital in order to become more impactful to real estate owners and sponsors who are looking for friendly partners, and we’ve focused in on high-quality real estate assets in major gateway cities.

One of the biggest drivers is the elapse of time or fatigue in some of the ownership vehicles that own properties that we are looking to invest in. Many of the ownership structures were created in 2003, 2004, 2005 and created for a 10-year time horizon. These structures went through the global financial crisis and came out the other side. What we’re finding is there are a lot of investors that own a piece of these buildings or have invested in these structures who now think it’s time to monetize their investment. So we’re doing a lot of balance sheet recapitalizations and partner substitutions for partners who want to exit investments but sponsors who want to own the assets longer.

It closed in June 2016, and we’re about halfway through it, so we think we’ll be finished up by the end of the year. Our market positioning is to be a reliable capital partner for our relationships who are looking to restructure balance sheets or who need capital in their real estate investment activities. We see this very challenging world of geopolitics between what’s happening in France, North Korea, the Middle East and with Trump, Brexit, oil prices and interest rates. All of that together is kind of spinning people’s heads around. But, we’ll always have capital to invest, we will always be very open and transparent on our due diligence process, and we’ll articulate exactly what our investment criteria are. We’re investing $1 billion of equity every year, and we’ve never been busier.