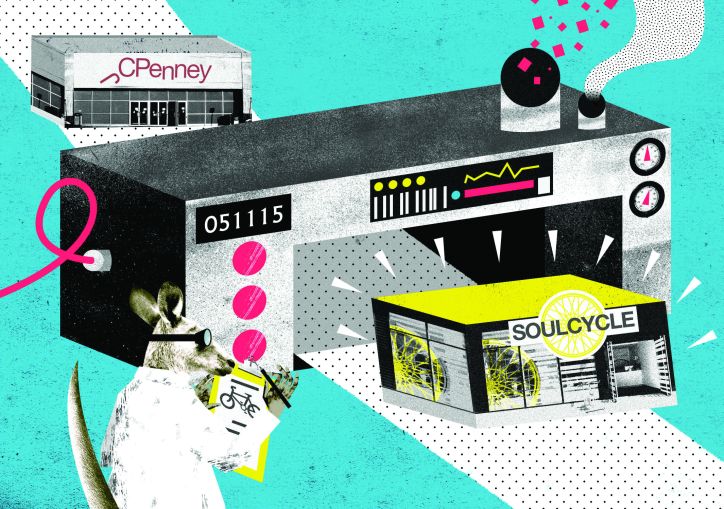 In August 2016, Forest City Realty Trust announced it was getting out of the mall game.

The company’s board of directors had green-lighted “a process to review strategic alternatives” for its collection of 14 regional malls nationwide and 19 specialty shopping centers primarily in the New York area, including Atlantic Terminal, Atlantic Center, Harlem Center and Queens Place.

A little more than six months later, Cleveland-based Forest City announced it had reached tentative agreements with two existing joint-venture partners, QICGRE and Madison International Realty, to sell the majority of these assets (it will retain about a half-dozen other retail complexes).

QICGRE would take over 11 malls nationwide, and Madison International Realty would control a dozen specialty shopping centers, primarily in the New York area.

Forest City Realty Trust President and Chief Executive Officer David LaRue said that the sell-offs could wrap fairly soon during a fourth-quarter earnings call in late February. “Assuming negotiations continue on the path they’re on, we hope to be able to announce definitive agreements by midyear,” LaRue said.

For a company that had spent nearly seven decades amassing such a large portfolio of retail investments, it was a dizzyingly rapid sell-off. Or was it?

A look at Forest City’s recent history provides the answer.

One hour before midnight on New Year’s Eve 2015, Forest City Enterprises completed the last merger necessary to convert the company into a real estate investment trust to be known as Forest City Realty Trust.

The firm had been a public company since 1960, when the Ratner family, which controlled it, started trading the then-40-year-old entity on the New York Stock Exchange.

The move to a REIT was designed to lower Forest City’s tax obligations and was also part of a years-long refocus on “core urban markets and products,” especially office properties and market-rate apartments, according to LaRue, the trust’s president and CEO since January 2016 and CEO and president of precursor Forest City Enterprises for five years before that.

“We’ve been pretty clear about our rationale for exploring strategic alternatives for our retail portfolio since our initial announcement in August of last year,” said J.B. Linton, the senior vice president of corporate communications and community relations at Forest City, in an email to Commercial Observer.

The refocus on urban markets and products necessitates paring Forest City’s businesses, and few other REITs are as involved as much in office, apartments and retail simultaneously, Linton said.

Besides, the company is “also a bit of a niche player in retail” anyway, he added, with fewer than 20 malls compared with much bigger players, such as Simon Property Group and GGP, which each own and operate well over 100 malls.

Forest City has pared other businesses already—the malls and shopping centers are just the latest.

Not even three weeks after the transition to a REIT, Forest City announced that Manhattan-based Jonathan Rose Cos. would buy its equity interest in a portfolio of 47 federally assisted apartment communities in nine states and the District of Columbia. The gross price of the deal was $80 million, with the REIT anticipating a net cash haul of around $65 million after capital reserves and closing costs.

A little more than a month later, Forest City closed a deal to sell its privatized military housing business unit, Forest City Military Communities, to the Hunt Cos. of El Paso, Texas. The deal, reportedly worth $209 million to Forest City, included 15,000 housing units as well as existing equity interests and service contracts.

In between the federally assisted housing and military housing sell-offs, Forest City announced, too, that it had sold its 55 percent stake in Barclays Center, the Brooklyn arena that was the centerpiece of the Atlantic Yards development that precursor Forest City Enterprises and its New York wing, Forest City Ratner, had overseen.

The buyer was Mikhail Prokhorov, owner of the Brooklyn Nets that call the arena home. Forest City also sold its 20 percent share of the Nets, for that matter, also to Prokhorov. The sale price for the team stake was $125.1 million, and for the arena share $162.1 million, less expenses.

The National Basketball Association signed off on both deals in December 2016, suggesting that Forest City’s run of sell-offs, which now includes the pending deals for the malls and shopping centers, has been in the works for at least as long as the company has been a REIT.

But even a cursory look at the tenants inside these malls and shopping centers suggests another possible reason for the move now rather than down the road.

In mid-March, retailer J.C. Penney released a list of 138 stores it would close before the summer. The reason was by then familiar: Slumping sales as more consumers shop online and the acute desire for deals that such shopping drives had forced the company’s hand.

“The retail world is currently experiencing the strongest wave of industry consolidation that we have seen since the Great Recession,” according to a first-quarter 2017 report from Cushman & Wakefield. “This current wave of consolidation is being driven by two basic factors—the continued acceleration of e-commerce and the ongoing focus of American consumers on value-oriented retail.”

Numerous other retailers or their corporate parents have announced similar mass closings in recent months, including Macy’s (43 stores), Sears (42) and Kmart (108). Chains such as American Apparel, Bebe and Family Christian are closing all of their brick-and-mortar locations.

J.C. Penney, Sears and Macy’s in particular constitute the bulk of the tenant rosters in Forest City’s malls. For the moment, none of the stores that this trio plans to shutter are located in a Forest City-owned mall. However, these retailers are themselves refocusing on online shopping as well as  their key brick-and-mortar locations—Macy’s, for instance, has never entertained shuttering its Herald Square flagship (at least not publicly)—suggesting that the trend of mass closures will keep rolling.

Such closures may present opportunities to the existing partners set to buy out Forest City.

“We see alternatives to protect and enhance income over the short and longer term, as well as proposed master planning opportunities emerging based on tenant discussions,” said Matthew Strotton, the executive vice president at QICGRE, the real estate investment arm of QIC, one of Australia’s largest institutional investment managers.

QICGRE spent $435.6 million buying a 49 percent stake in September 2013 in eight U.S. malls that Forest City owned and would stand to take control of 11 malls in the current pending deal. Strotton said negotiations with Forest City were ongoing, and “nothing definitive” had been agreed on as of late April.

He did, though, hint that the malls it might acquire need not be all about shopping at chain stores—they can be about fitness classes, art exhibits and interactive displays. QICGRE declined to say what it might do with full control of the Forest City malls, especially if larger retailers, such as Sears and J.C. Penney, vacate them. Still, other QICGRE properties go beyond rack sales and changing rooms.

“Our team’s asset management and creation philosophy focuses on providing lifestyle, recreation, entertainment and dining experiences, in addition to an exceptional retail offer,” Strotton said, “maximizing value-add opportunities for our investors and partners.”

QICGRE has itself spearheaded such retail changes in its native Australia. The redevelopment and expansion of an existing mall in the Melbourne suburbs, for instance, is adding not only new stores but also touches such as a library and an arts space, a business-resource pub and several eateries.

A November 2014 report on the decline of malls from consultancy McKinsey & Co. urged complexes to follow such interactive examples: “Innovative malls are incorporating value-added elements that attempt to recast the mall as the new downtown, including concerts, arts centers, spas, fitness clubs and farmer’s markets. These services provide a level of leisure and entertainment that can never be satisfied online.”

The stakes are higher this go-round. The sales to both QICGRE and Madison International Realty have a potential value of $1.2 billion after debt repayment, according to media reports. Forest City would invest that windfall in its efforts to refocus on core urban markets—and likely quickly, too, to defer capital gains taxes.

“We believe retail is a good business,” Linton, Forest City’s spokesman, said, “but, as we continue to transform Forest City, we need to make choices about where we will focus our time, people and financial resources.”