ICSC ’17: What Does the Future Look Like for Food Halls? 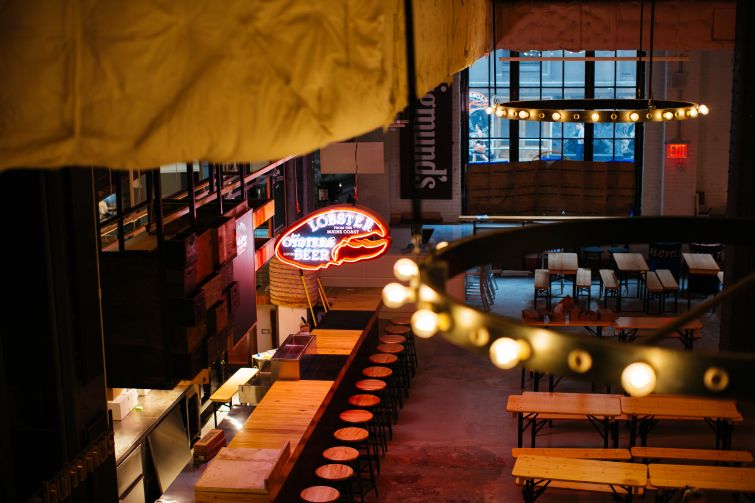 Love ’em or hate ’em, but food halls are here to stay.

They are “the hottest things going,” said Garrick Brown, the head of retail research of the Americas for Cushman & Wakefield, while acting as moderator for today’s panel on food halls at the annual International Council of Shopping Centers RECon event, which C&W co-sponsored with ICSC.

With so many food halls in existence or in the pipeline, the landlords and food hall operators need to up their game. It is no longer enough to replace “national fast-food brands with local ones,” or focus on filling spaces rather than creating places, said panelist Nick Giammarco, creative principal of retail design firm Studio H2G in Birmingham, Ala.

“As you develop a food hall strategy think of them as retail districts, centered around lifestyle needs with a strong sense of place, community, history, culture and authenticity,” Giammarco said. “Look to food halls not simply as a new anchor in your center or community, but as a stimulus and nucleus for new retail ecosystems that resonate with your consumers’ lifestyles and the communities that they serve.”

Thomas Rose, the head of C&W’s leisure and restaurants team in London, expressed a similar sentiment on the sense of placemaking.

“The bad [food halls] are [by] the people that are just trying to fill space,” Rose said. “That’s not what’s going to work.”

At the company Urbanspace, which in late 2015 opened its flagship brick-and-mortar food hall Urbanspace Vanderbilt near Grand Central Terminal, the emphasis on placemaking is so great that the company does not hire brokers.

“In fact, we don’t discuss leasing in our company,” said the company’s president, Eldon Scott. “We curate. And people that I hire aren’t actually leasing people because we’re developing relationships with small businesses.”

Food halls cannot be home to a hodgepodge of vendors.

“Be careful that there is some kind of sensibility about what it is,” said chef and restaurateur Todd English, the president of Todd English Enterprises and who is behind The Todd English Food Hall at The Plaza. “It has to be curated right, it has to have continuity.”

Beyond the food, a successful food hall requires a great operator.

Phil Colicchio, the president of hospitality strategic management firm Colicchio Consulting, suggested heeding a warning from the hotel industry when it comes to operations.

“We have to take a little bit of a history lesson from the hotel industry who went through this kind of devastation that we see in retail 15 years ago,” Colicchio said. “And they went to food and beverage to save them. And it was great until they would select names over operational abilities.”

Of course real estate is important to consider when determining the location for a food hall.

“A food hall needs to be in the right location,” English said. “[You] can’t just expect a food hall, like we’re going to put a food hall in Bumsville, wherever it is, and people are going to come because there are certain economics in order to keep a food hall open.”

As Commercial Observer has previously reported, one issue food halls face is that they tend to be more dead in evenings and on weekends. In order to draw more business in off-hours, the panel discussion turned toward eatertainment.

Rose said: “I think the entertainment piece is absolutely crucial. It may be a bar,  it may be a DJ, maybe…whatever it may be. But you have to animate the space.” Colicchio suggested bringing in live entertainment since, as he noted, “It’s the one thing you cannot get on the internet from an entertainment standpoint.”

As for food halls a decade from now, English predicts that there will be fewer restaurants, and of course, “a lot more food halls.”