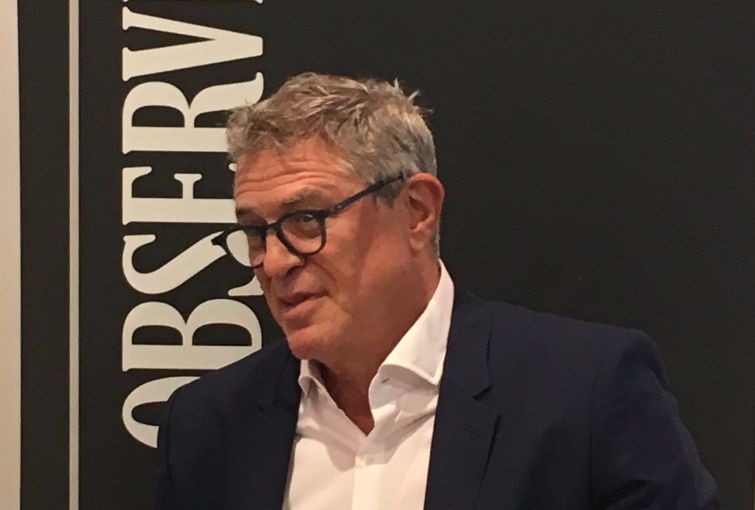 According to Jedd Nero, a principal and executive managing director in Avison Young‘s New York office, this is the first time in his 30-plus-year career something is different in this retail cycle.

“It’s usually driven by economics,” he told Commercial Observer at the International Council of Shopping Centers annual RECon event. “This is not an economical change.”

This current cycle is being powered by consumer behavior, social media and technology, he explained. As a result, “new talent will emerge, new companies will be discovered and innovation and technology will be at the forefront of the next generation of retail,” Nero said.

It still comes down to economics, according to some retail pros.

C. Bradley Mendelson, a vice chairman at Colliers International in New York, said it is all about economics, but the influencing factors have changed. He cited “doubt in the world economics ” as a factor today.

Mendelson added: “This time the strong dollar compounded with higher than ever retail rents and a shallow pool of tenants in the market puts the market into a malaise.”

Robert Futterman, the chairman and chief executive officer of RKF, noted that the drop in tourism, especially international shoppers, is an economic issue that has impacted retail.

Economics has a part in all cycles, according to Geoff Bailey, a broker at SCG Retail. “Economics runs every aspect of our world if you look close enough.”

As for where we are at in the cycle, Michael Goldban, the senior vice president of retail leasing at Brookfield Property Partners, said: “I don’t know if we’re necessarily at the bottom [of the cycle] but we’re getting close to the bottom.”

“During my career I haven’t seen a retail cycle similar to what the industry is experiencing currently,” said Susan Kurland, an executive vice president and co-head of Savills Studley‘s global retail services group, which she attributed to the wave of online sales. “This does not mean bricks and mortar is disappearing,” she added. “The integration and leveraging of the two channels in many cases is a new business model for many companies. Retailers are figuring out the new structure.”

Ross Bailey, the founder and chief executive officer of short-term retail space marketplace Appear Here, said he would not characterize the market as in a cycle.

“I think it’s a complete evolution of retail right now,” Bailey said, pointing to the seismic shift in how consumers behave, seeking experience over product, combined with the way they value product, technology and social media.

“This is going to be one of the most exciting times to be in retail,” Bailey said.