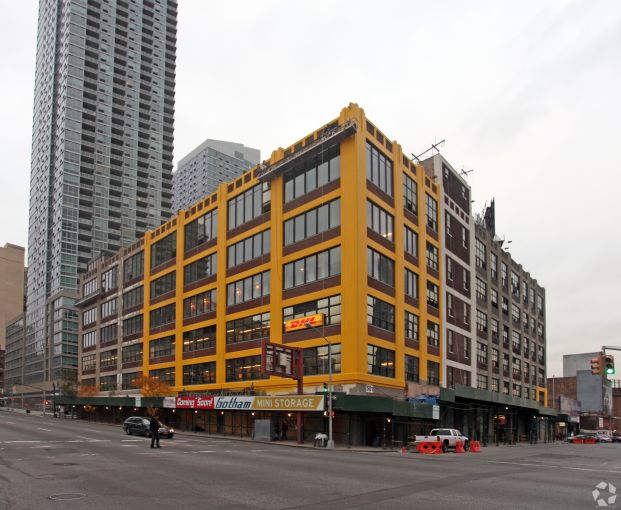 Showroom Seven International has signed a lease for 15,000 square feet at Essex Capital’s 501-519 10th Avenue, nicknamed the DHL Building, as the shipping giant holds the net lease for the property.

The company, which provides public relations, showroom and business services to fashion and lifestyle tenants, has inked a sub-sublease for the entire top floor of the seven-story, 263,000-square-foot building between West 38th and West 39th Streets, Commercial Observer has learned. The deal was signed in March, according to CoStar Group. The asking rent in the 10-year transaction was not clear.

“Although Showroom Seven International experienced a bit of nostalgia when parting ways from their previous location at 263 11th Avenue, a building they occupied for almost a decade, they’ve always been a trailblazer with regards to relocation and their new home at 501-509 10 Avenue is no exception,” the Joseph P. Day Realty’s brokers said in a joint statement. “The unique space is perched on the top floor, including a cyclorama, immense exposed ceilings and an outdoor terrace with sweeping views of Midtown Manhattan.”

Jamison Weiner of the Manhattes Group brokered the deal for the sub-landlord, Broadway Storage LLC, which operates a Gotham Mini Storage at the building. Weiner did not return multiple requests for comment. Broadway Storage signed a deal for 140,000 square feet in 2012, according to Real Estate Weekly.

Shipping giant DHL acquired a 20-year net lease for the building in 2005 from Essex Capital, according to CoStar.