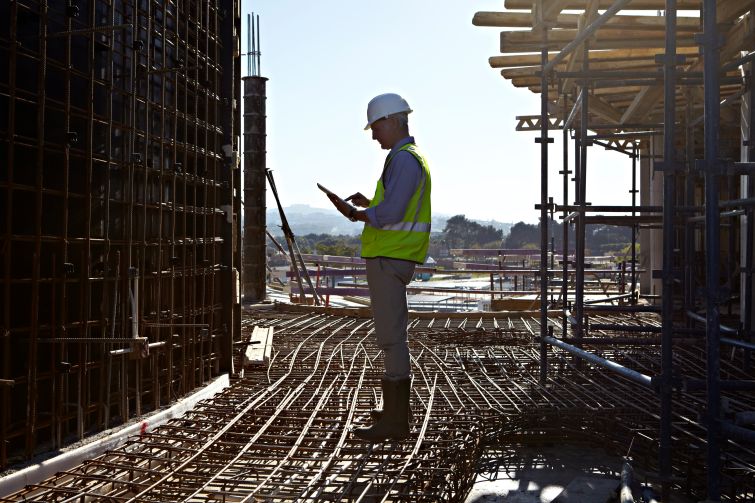 A worker on a construction site. Liam La Guerre

New residential building permits in New York City hit their highest level in a decade in the first quarter of 2017, according to an analysis released today by the New York Building Congress.

In the first three months of the year, the New York City Department of Buildings greenlighted construction permits for 6,343 apartments—nearly triple the 2,158 units approved at the beginning of last year. The last couple of months even beat the beginning of 2015, when developers rushed to file plans ahead of the expiration of the 421a tax break and the city issued permits for 6,183 units.

The construction trade group reports that this has been the best first quarter in construction since 2007, when a development boom paved the way for the city issuing 7,264 permits.

The current uptick happened while legislators were hashing out the details of the revamped 421a program, which was resurrected as “Affordable New York” last month. While NYBC claims the increase in permits is linked to confidence in rental development—which relies heavily on 421a—many of the buildings that were approved in the past few months first entered the development pipeline two years ago.

A quick survey of approved projects shows that plans for many of these buildings were filed back in 2015, before the tax break sunset in January 2016. And some are upscale projects in Manhattan, Brooklyn, or Queens that don’t qualify for either the old or the new versions of the tax exemption. DOB awarded approvals for developments like Stagg Group’s 44-unit rental building at 1401 Edward L. Grant Highway in the Highbridge section of the South Bronx, AvalonBay’s 33-story condo and rental tower at 1865 Broadway, and Hogg Holdings’ 11-story condominium project at 287 East Houston Street. All three developers submitted initial plans to the city two years ago, and the latter two projects wouldn’t qualify for the new Affordable New York program because they don’t include below-market units.

For the first quarter, Brooklyn led the pack with 2,097 permitted units, or roughly a third of the citywide total. Manhattan came in second with 1,486 units, followed by Queens with 1,434, the Bronx with 1,124, and Staten Island with 202 units approved for construction.

Only 16,269 units were authorized for construction in 2016, which was the lowest annual total since the Recession-era nadir of 10,599 units in 2012. Permit filings hit a peak in 2015, when DOB approved construction starts for 56,183 units citywide.

“The numbers seem to confirm that the drop in 2016 was largely the market taking a breather after the surge in applications prior to the expiration of 421-a,” NYBC President Carlo Scissura said in prepared remarks. “We now seem to be in a period of renewed vigor and investor confidence given the relative strength of the overall economy and the recent agreement on Affordable New York, the successor program to 421a.”

Last year, Brooklyn once again reigned as the top borough for permits issued annually, with approvals for 4,503 apartments. Manhattan came in second with 4,024 units, tailed closely by the Bronx, which had 4,003. Queens had 2,838 units, and slow-growing Staten Island was last with only 901 units, the majority of which were one- and two-family homes.