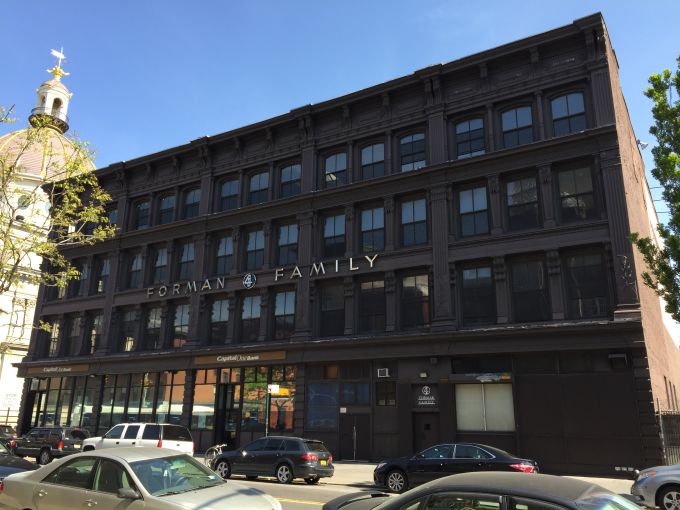 Courtesy of The Yard

Growing shared workspace company The Yard has signed a 33,476-square-foot deal at 195 Broadway in Williamsburg for the company’s 11th location in New York City and its largest in the country, Commercial Observer has learned.

The coworking provider will occupy part of the second floor of the landmarked four-story Brooklyn building between Driggs Avenue and Roebling Street, and the entire third and fourth floors. Members of The Yard will also have access to the rooftop of the building. The location will be able to accommodate 500 members, according to a spokeswoman for the company.

The Yard: South Williamsburg, as the new location is being called, is expected to open this summer. The company inked its lease for 12-and-a-half-years with the Forman family, the landlords of the building, who also own and operate the famous Peter Luger Steakhouse. (The restaurant is across the street.) The asking rent in the deal was $50 per square foot.

“As both myself and my co-founder grew up in Brooklyn, we want to ensure we’re supporting local businesses in the borough with beautiful, focused spaces to work and collaborate,” Richard Beyda, a co-founder of The Yard, said in a statement.

“Generally there were a lot of coworker tenants attracted to the building because of the architectural uniqueness of the building and the access via subways and the [Williamsburg] Bridge,” Michael Rouzenrouch of Tribeca-based Miyad Realty, who represented both sides in the transaction, told CO. “We thought that it was a great partnership and the Yard was the best for the building.”

The Yard has an existing Williamsburg location at 33 Nassau Street between Guernsey and Dobbin Streets. When the Yards’ new Williamsburg space at 195 Broadway opens it will be the company’s 14th location in the country. It has additional outposts in Philadelphia, Washington, D.C. and Boston.