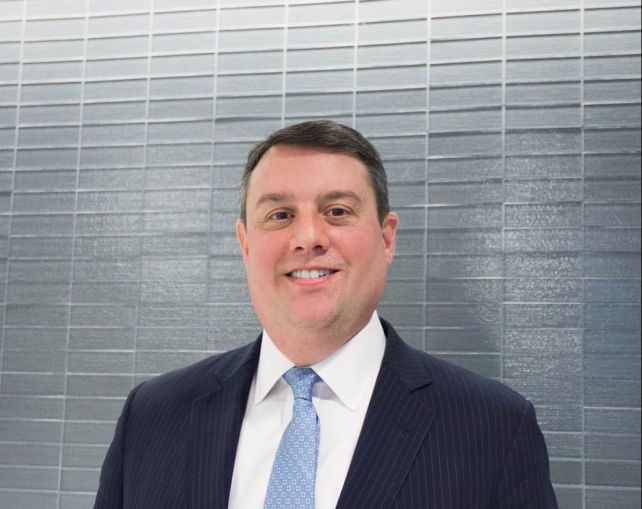 Inside Square Mile Capital’s offices at 350 Park Avenue between East 51st and East 52nd Streets sits a proud Cleveland native with a penchant for hotels. Nolan Hecht fell in love with the hospitality industry at a young age and is busy putting that passion—plus a few pretty pennies—to work today. Hotels represent one-third of Square Mile’s lending business, and the firm is active up and down the capital stack, providing preferred equity to hotel turnarounds to mezzanine debt behind senior loans. The company recently partnered on the $172.5 million acquisition of the Ritz Carlton Kapalua in Hawaii and the $130 million purchase of the Radisson Hotel in Austin, made a $34 million preferred equity investment in the Hyatt Regency Newport in Rhode Island (soon to be Gurney’s Newport) and provided a $40 million mezzanine loan on the Hyatt Regency Hotel in New Orleans. Hecht, 42, a married father of two daughters who lives in Armonk, N.Y., sat with Commercial Observer and talked about why hotels are always his happy place.

Commercial Observer: How did you first get interested in hotels?

Hecht: I grew up in Cleveland, and it was a big real estate and hotel town at the time. Forest City was located there, and Stouffer’s [Restaurants and Hotels] was headquartered there. I was somehow very intrigued by hotels from a young age. When my family played Monopoly, I was the kid that always wanted to buy the hotels on Park Place—you can ask my parents.

Were your parents in the hotel business?

They weren’t, but we traveled a lot growing up. Cleveland is about four-and-a-half hours from Toronto, and the currency exchange was very favorable in the 1980s, so every summer my parents would take me to the Four Seasons there. The original building has since been knocked down, but when I was growing up, it was one of those grand hotels that they just don’t build anymore. It had a giant lobby that was kind of the gathering place in Toronto. I remember sitting there as a kid, watching people come and go and thinking, “Wow. This is really cool.”

You liked the buzz of activity?

I liked the activity and the energy, and I also loved the decor and its fancy design. It had grand chandeliers, and I was really enamored. I feel like I knew then that I had to be part of the hotel industry. In high school I worked at Stouffer’s Inn on the Square in Cleveland. It wasn’t glamorous. I did a bit of everything—I worked at the front desk, I did housekeeping, and I worked in food and beverage. My dad had gone to Cornell Law School, and so I applied to Cornell’s School of Hotel Administration and started my career there. The hotel school is fantastic, not only in terms of learning, but it was also my fraternity. I developed such great relationships there that today I say it’s better than Facebook or LinkedIn.

We bought a hotel in San Francisco—the Radisson at Pier 39—and there was a Cornell Hotelie [alumnus of the hotel school] on every side of the deal. The broker who sold it to me was Jeff Davis from JLL, I was financed by Warren de Haan—who was at Starwood at the time—we sold the hotel to Tom Fisher who is the chief investment officer of Pebblebrook Hotels, and our broker there was John Strauss [of JLL]. In my day-to-day career the power of the school really shows through because I have this network that dates back to that time.

How did the Square Mile opportunity come about?

I was overseeing AIG’s hotel ownership platform for several years until the company had its issues, not on the lending side—it actually owned properties. I started looking around because AIG was selling all of its real estate. The timing was perfect because Square Mile had won a bid in 2010 to buy the first portfolio of Silverton Bank hotel loans from the FDIC [after the bank failed in 2009]. Jeff Citrin and Craig Solomon, who founded Square Mile, needed a hotel person to work out that portfolio.

Did you know them beforehand?

I didn’t. I actually just picked up the phone and called Craig, and the timing was perfect. So from 2010 to 2012, our business was working out hotel loans, and we bought over 100 hotel first mortgages. That was a great experience because you really get to know real estate and finance through working out loans. That business dried up in 2012 to 2013 when the market recovered, and there wasn’t distressed paper to buy, so we shifted our business into what it is now. Today, we have an opportunity fund where most of our hotel investments are through preferred equity, or structured equity investments in hotels. In 2013 we also started a debt fund, or lending platform, and those are our two main lending vehicles today.

Is the debt or equity side busiest?

It’s been about 50/50 over the last 24 months. Our debt business has shifted—the main shift I’ve noticed is that we were doing a lot of acquisition loans over the past two years, but over the past six months that has really morphed into more refinancings as the transaction volume has slowed down.

Hotels represent one-third of Square Mile’s lending business. What does the firm like about the asset class?

I think we have a competitive advantage in that we built out a hotel team, we have relationships with the hotel brands and the operators, and we understand the business—therefore, we’re not scared of it. Some people avoid hotels because they’re not comfortable with them. But we have a history and a track record, and we underwrite conservatively.

Do you prefer boutique hotels or bigger chains?

We were one of the early investors in lifestyle, or boutique, hotels and have done very well on both the debt and equity side. We were the original equity investors in The NoMad Hotel, and we bought the Radisson Hotel—that we are converting to the LINE Hotel—in Austin [along with the Sydell Group]. We’re also investors in the LINE Hotel in Adams Morgan, D.C. So that’s a space we really like. On the lending side, we’ve done a lot with the big three: Marriott, Hilton and Hyatt. We like lending to strong-branded assets because they tend to do very well in a downturn. But, we have done some strong independent hotel deals, too—we did the Hotel Commonwealth in Boston, and we did the Citizen Hotel in Sacramento, [Calif.].

What do you look for in a deal?

On the equity side, we like properties we can fix. That may be through a renovation, a PIP [or property improvement plan] or a management fix. We look for assets that we think are underutilized in good locations that we can put our stamp on and deliver better returns.

Yes, even when we have operating partners we tend to get very involved. I think that it’s one of the things that helps us on the lending side—borrowers like that we have hotel expertise. We speak their language, and we understand the issues so we can structure loans that fit their needs. It also helps us when we do mezzanine loans behind senior banks. Senior lenders like when we’re in the mezzanine position because they know that we can take over the asset, if needed.

Our lending platform isn’t designed to take over assets, and we’ve only taken over assets as a last resort. We took over 25 assets in the downturn, so—while our business is certainly not predatory, it’s anything but that—we have that capability. I’ve seen hedge funds buying up mezz positions, and I question how that will that work out when things go wrong.

Is Airbnb still the arch-enemy?

I think new hotel supply is a bigger issue. Airbnb certainly hurts in areas such as special event demand. During the Super Bowl rooms in Houston weren’t even sold out because of Airbnb. But a bigger issue is new hotel construction. Corporate staff are not staying at Airbnb. As a hotelier, my biggest issue with Airbnb is that it has to be playing by the same rules—in terms of taxes, security and life safety. When you check into a Marriott you’re assured that it has sprinklers, it’s up to code, and there are fire exits.

But, the dirty word in the hotel industry is “new supply,” and we’re certainly seeing markets that are becoming oversupplied. Obviously New York City is one, but visitation has grown to 60 million from the low 50s a few years ago, and over the next couple of years, it will absorb that supply. But other markets—such as Chicago, Denver and Houston—make us nervous. We’re being careful on the lending side, but it also sometimes creates an opportunity on either the debt or equity side.

What trends are you seeing in the industry?

The main thing we’re seeing is a pullback from senior lenders in terms of loan-to-value. So a 65 percent hotel senior mortgage is now 60 percent [LTV] and there’s more room for a gap mortgage. On the construction side the seniors that used to lend at 60 percent are now at 50 or 55 percent. So we’re finding a lot of space to participate in that gap capital or mezzanine space and that’s becoming a bigger part of our business and more prevalent in the industry.

We’re also finding preferred equity or mezzanine lending opportunities for assets that need PIPs. For example, a hotel may need a brand-mandated renovation. We just did a large renovation loan on a four-hotel portfolio with ACORE [a 905-key deal comprising three Embassy Suites hotels in Las Vegas, Atlanta/Alpharetta and Pasadena/Acadia, plus The Renaissance Asheville, N.C.] ACORE did the $120 million senior loan, and we did the $20 million mezzanine loan. This loan was a refinancing plus a financing of the necessary property improvement plans—well-located and well-cash-flowing hotels that were just in need of renovation capital.

Do you have a favorite hotel?

The Sanctuary Hotel in Kiawah Island, roughly 45 minutes from Charleston, [S.C.] We don’t own it, and we don’t have any economics in it, but it’s one of my family’s favorite destinations. The food is world class and even better than New Orleans. I love sitting in the Adirondack chairs in the evening and watching the sunset. It’s one of those old-school hotels in terms of design, with a giant, grandiose lobby—I know they aren’t efficient to build, but as a consumer the lobby is the hub of the hotel.

Sounds like it maybe reminds you of your childhood?

I think it does, actually. Plus, their breakfast buffet is amazing—only in South Carolina do they make sausage gravy the right way. Nothing like Southern hospitality.